Trump, Trump, Trump. The name is everywhere, whether it’s on one of his buildings or in every single newspaper, Donald Trump is everywhere. You might think you’ve heard it all, but here’s a list of things you might have forgotten or repressed. Read on at your own peril.

Trump’s Mother Was An Immigrant

Trump is famously anti-immigration: he wants to build fences and walls and ban entire groups from being allowed to enter the United States at all. Yet his mother was originally from Scotland and only came to the United States on holiday. There she fell in love with Trump’s father and eventually remained in the U.S. 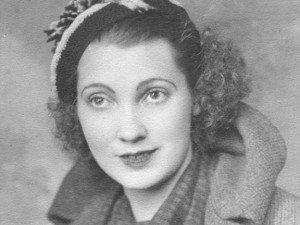 Considering that Trump is an avowed birther it is even more interesting that he attacks every other candidates’ parentage.

Trump still doesn’t believe that President Obama was born in the United States. Actually, one should more accurately say that he refuses to believe it. Even after Obama released his birth certificate, Trump remains suspicious. So suspicious that he believes it to be a conspiracy that the State Heath Director that was responsible for verifying the birth certificate died in a plane crash.

He subsequently asked for Obama to produce not only his birth certificate but his university and passport applications as well.

Trump Had His Own Vietnam

Trump dodged the draft by deferring five times – four times for studies, once for medical reasons. Though if you ask him now, he can no longer remember what exactly the reasons were that led to him not have to fight in the war. But Trump believes he lived through his own Vietnam: loads of unprotected sex with hordes of beautiful women. 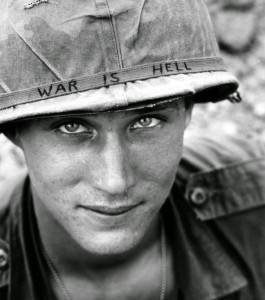 That’s right, he compared willingly exposing himself to the risk of contracting STIs and HIV to fighting in a horrible war.

Most Presidential candidates make their tax returns public so that the public knows what their income is. Trump has announced that he will publicize his tax returns on multiple occasions but has always failed to do so. He has actually failed to provide any kind of real proof that supports his claims of wealth. 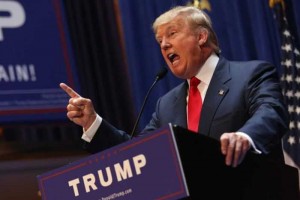 No one doubts that he has money, but there’s also no one who really knows how much he has. According to Trump, taxes are way to high anyway.

Trump has filed for bankruptcy probably more times than he filed lawsuits and that makes it a lot of times. Trump likes to claim that he is just using the loopholes in the bankruptcy as business tactics, but not many believe that claim. In fact, many news outlets have called his business skills mediocre or even poor. 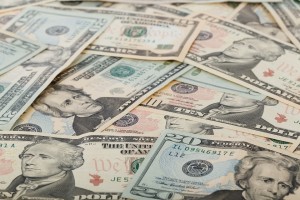 Some people seem to consider it impressive that he has bounced back from bankruptcy so many times, others find it curious that someone who allegedly has so much money can go bankrupt so many times.

Trump Was A TV Star Before His Candidacy

It’s well known that Trump hosted the reality-TV show The Apprentice and even tried to trademark the phrase “You’re fired.” But Trump actually appeared in many other TV shows and even movies. Trump was even nominated for an Emmy twice and has his own Hollywood Star of Fame. He has been in movies like Home Alone and on shows like Sex and the City. 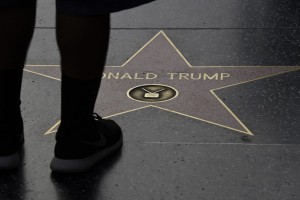 Surprisingly, since Sarah Jessica Parker seems to be one of the women he hates more than other women. And judging by his comments about women, that must me quite a lot.

Trump Gets A Pension

Sure, he might be a billionaire, but considering how many times he had to declare bankruptcy, no one can really fault him for receiving a pension – from a union, of all things. Trump, in fact, receives a pension that is over 100,000 Dollars a year from the Screen Actors Guild. 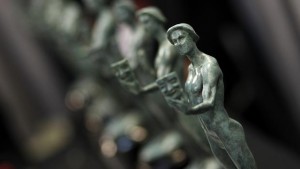 What’s especially shocking about this is that this is twice the amount an average working actor earns a year.

Trump has been married three times, and there are likely future marriages to come. Remember the Scottish mother? Well, two of Trump’s wives were also born outside of the United States and only received citizenship through marriage with Trump. 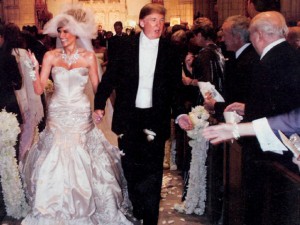 His current wife, Melania, might be the only person on the planet who believes that she knows what Trump will do should he become elected President.

Orang-Utans are some really amazing animals, there’s no denying that. Yet Trump got extremely insulted when Bill Maher claimed that Trump’s mother had mated with an Orang-Utan in order to produce him. Maher challenged Trump to show his birth certificate to prove this wasn’t the case. 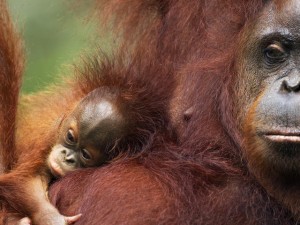 Trump could not find the humour in what was clearly a joke and a reference to him asking for Obama’s college and passport applications. “I don’t think he was joking,” he said like a petulant child.

He Called For A Revolution

We all know that Trump is no fan or admirer of Obama’s. But considering that he is running for Presidency now himself, one would assume that he, at least, believes in the system. Instead, Trump called for a revolution when Obama was re-elected in 2012. One could even say that he alleged to election fraud. 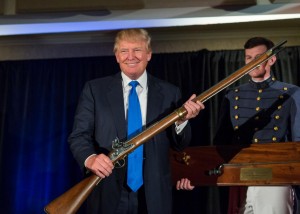 It will be interesting to witness if there are calls for a revolution should he (or should he not) be elected to become the President of the United States himself.

He Considers Global Warming A Hoax

This one probably isn’t that surprising. Considering everything about his personality and rhetoric, Trump obviously doesn’t believe in climate change. More so, he believes that the Chinese made up climate change so as to make the U.S. less competitive.

Or maybe someone came up with climate change to justify higher taxes. It’s not entirely clear what Trump really believes.

Trump Knows How To Bring Peace To The Middle East

The Islamic State has been wreaking havoc in the Middle East, killing, torturing, raping and committing all manners of crimes against humanity. Luckily, Donald Trump knows how to defeat ISIS once and for all. However, Trump doesn’t consider it a good idea to let us know yet. 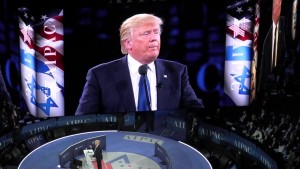 Once he speaks about his plan, the enemy will know, too. Or so he reasons. Once he becomes President he assumes that he will have to tell. And he is not pleased.

The Pope And Trump Are Not Good Friends

The current pope, Pope Francis, has denounced Trump’s views on immigration, calling Trump’s calls for a wall a non-Christian thing to do. Trump did not react kindly to the Pope’s criticism. He accused him of being a Mexican pawn and thinks that the Pope will regret not endorsing him because only he can stop an ISIS attack on the Vatican to happen. 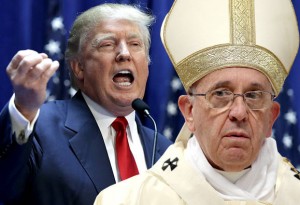 Luckily for Trump, he is not a Catholic but calls himself a Protestant.

When Trump isn’t busy tweeting racist or sexist things, he is busy with one of a couple of things: he is busy threatening to sue someone, he is busy suing someone, he is busy settling a ridiculous lawsuit that he had no way of winning, he is being threatened with a lawsuit, or he is actually being sued. Trump has been involved in around 300 different lawsuits. 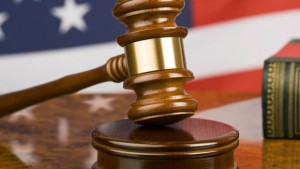 That includes everything from business lawsuits, lawsuits surrounding wrongful death, taxes…anything really as became clear when he sued because of his alleged Orang-Utan mother.