Driverless cars are the way of the future. With tech giants like Google investing and developing systems, and the likes of taxi app company Uber already doing location tests for their artificial intelligence driven cars, surely it won’t be long before these automated automobiles are on our roads, right? Wrong. There’s a problem, and it’s a biggie. Almost everybody involved in developing driverless cars, from the technology companies, to the businesses that will implement the cars themselves, are fighting with each other over one thing. Data. 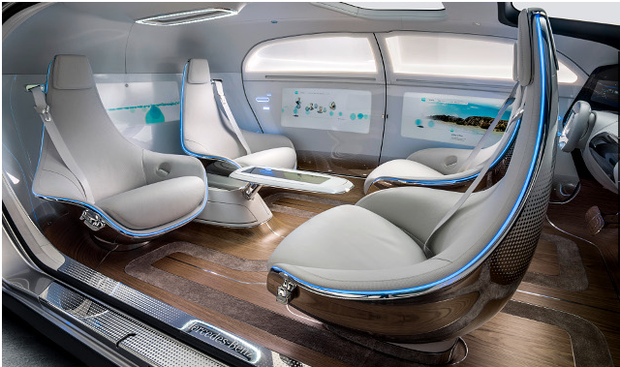 It’s All About The Data

Data is what will make driverless cars actually feasible for businesses, and most importantly, safe. As the driverless cars run off a self-learning AI that can quickly adapt to changing road conditions, the more data that helps form its processes, the safer they’ll be. It is not only logical but ethical for these companies to share data with each other to make the driverless car technology a workable reality in a matter of years. However, when every business wants the largest stake in the market (for the most substantial profits, obviously), then the idea of cooperation becomes taboo.

One of the biggest things to come out of the dying days of Barack Obama’s Administration is a fully regulatory policy for driverless cars. It’s not an easy read, but in theory, it should set the blueprint for how driverless cars are regulated once they start hitting the streets for real. There are still many, many hours of negotiations left before the regulation can be finalized, but the blueprints to regulation do mandate that data should be shared to make driverless cars a much safer venture all round.

Of course, this is delicate ground. There is still the potential for tech giants and businesses to take their ball and go home, gumming up the work for the regulation for years and years. Legislators are going to tread lightly to avoid this so they may try gentle persuasion rather than outright forcing data sharing. So long as it is made worth their while, the technology companies will indeed cooperate, in theory.

The Moral Questions Behind Driverless Cars

The largest question hanging over the heads of car companies, technology labs, and businesses, is where the safety priority lies. Is it with protecting pedestrians, or the passenger? Some car companies drew ire when they published plans that revealed the passenger would always be prioritized. While it does sound somewhat nihilistic towards your average pedestrian, there are quite a few logical reasons why automated cars should protect the passenger first and foremost.

First of all, they’re paying. The obligation is to the customer rather than the average joe on the street. That’s the hard economics of the situation, whether you like it or not. Don’t fly into a rage just yet, though. The second reason is a more valid excuse for focus on the passenger.

So, the pedestrian still has the autonomy to get out of the way of the vehicle and get to safety. That’s not necessarily going to happen, but the passenger has no way of escaping a moving vehicle if an accident is imminent. If you were standing in the middle of the road on a cliff-side and a driverless car was coming down the road, it is more logical for the car to continue driving towards you rather than swerve off the cliff and kill the passenger. You have every chance to get out of the road, in theory.

Driverless cars will pose technological, economical, and moral questions for all involved. This regulation, if it can be agreed upon, will at least be a step in the right direction to finding answers for these questions. It may be some time still until driverless cars are on our roads for real, but right now? Science fiction is becoming science fact.