Getting into college is hard. Exams, revision, exams, interviews and more exams. It can seem impossible. But in the US there are some colleges were it really is quite impossible to get yourself a highly sought after place. Here is a list of twenty US colleges that are basically impossible to get into.

As one of the world’s wealthiest universities, this Ivy League school is one that is fiercely competed over by students of the most exceptional standards. It has an incredible alumni that boasts five US presidents and 13 billionaires, leading students to crave a spot here in order to try and taste success. But unfortunately for most, the university has the lowest acceptance rate of all at just 6%. Unlucky. 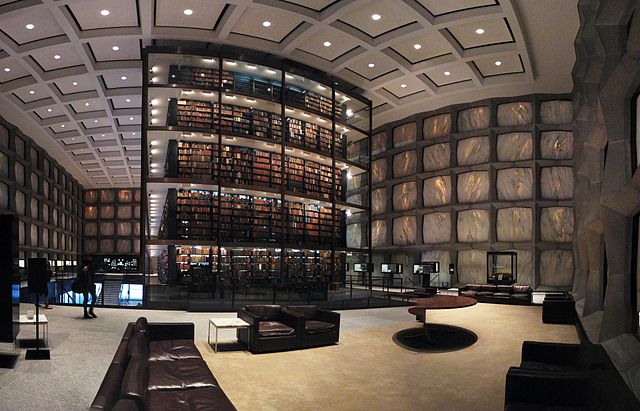 Dartmouth College was originally intended to open it’s doors up to Native Americans and help to educate them to a reasonable standard. Now, it opens it’s doors up to everyone- well. Not everyone, exactly. More like 11% of everyone who applies. It definitely isn’t easy to gain access to Dartmouth.

As one of the oldest institutes in higher education, Brown has gained the most respect from other schools, educational institutes and pupils. It is an Ivy League university meaning it only accepts the best of the best into its halls. It has produced countless billionaires and seven Nobel prize winners, so if you’re one of the 8% accepted into the university, consider yourself extremely lucky!

As an Ivy League school, Princeton is one of the oldest and most respected universities in America. The campus is large enough for 98% of it’s students to be homed there, rather than having to live elsewhere. With previous students becoming two presidents of the US as well as 41 Nobel Laureates, a place at Princeton is lusted over by many… but only 7% of students will be accepted.

This Ivy League school was originally known as Kings College. With a student population of 30,000 and with 28% of students being from outside of the USA, entry into this prestigious university is tough competition…and with a low acceptance rate of 7%, this university is one of the most selective in the USA…so don’t get your hopes up.

More commonly known as Caltech, this institute is one of the newer ones among American universities and colleges. This doesn’t make it any less desirable though! Despite the small size of the institute, there is an impressive and admirable alumni and it is one of the best colleges not just in America but in the world. However, global fame means more competition and with an acceptance rate of a teeny tiny 8%, getting a place is unlikely.

A liberal arts college, Alice Lloyd College is one for pupils who like to work hard and play a little less hard, as students who attend the college have to participate in a work-study program. It doesn’t matter what the job is, as long as you have one whilst studying. You wouldn’t think this a desirable trait for students, but it is! Unfortunately Alice Lloyd only accepts 7% of applicants, so a place is quite unlikely.

This institute of education has received recognition for being one of the finest places a student can study in the world. This could have something to do with the fact that its alumni includes 34 astronauts and 82 Nobel Laureates. A place at this institute is high in demand, but with an acceptance level of 7% it is very unlikely.

With one of the lowest college acceptance rates at just 9%, a place at the United States Military Academy is highly sought after. Whilst attending this university, not only do you learn about military leadership to set you up for a military job but you can also obtain a Bachelor of Science degree too, should you military career fall through.

The United States Naval Academy is one of five service academies in the USA. With just five service academies available, it’s tough competition to get a place- but it’s even tougher when institutes like the United States Naval Academy have an incredibly low acceptance level of 7%. It’s incredibly tough to get a place- tougher than it is to do the training for the Navy we believe!

Harvey Mudd wasn’t always the prestigious college that it is today. When it first opened, some of the professors taught students in their own homes! However, this has all been turned around and today, Harvey Mudd takes on an exceptional 800 students- it has an acceptance rate of just 14%, which is incredibly low.

As part of the Methodist Episcopal Church, Vanderbilt University was never actually listed as a coeducational university- however, this doesn’t mean that it prohibited women from enrolling, because it did not. Its as equally “under the radar” and secretive over it’s students today and only accepts 13% of applicants!

This particular college was originally solely for male students. However, this changed when the college became coeducational in the seventies. As one of the seven Claremont Colleges, the students accepted here are considered to be the best of the best, and so the college only takes on a mere 10% of it’s applicants.

Cornell University is seen as a bit of a ringleader amongst US universities and colleges as it was the first university to allow both males and females to attend. However, this only made it harder for pupils to get in- and this hasn’t changed today! Cornell has an acceptance rate of 14% and is very selective over its pupils.

Amherst College started off as a very open college, allowing students from all backgrounds to apply and be accepted, no matter their race or their religion. If you qualified, you were accepted. However, whilst this hasn’t changed today, the acceptance is far from ‘open’, with only 13% of college applicants getting accepted. That’s a toughie.

Originally known as Franklin’s College of Philadelphia. this institute was created with the focus of preparing all of it’s students for careers within the business and public service fields. It was also America’s first university. Its history makes it exceedingly popular with a huge number of students, especially due to the fact it has produced more billionaires than any other college- but with an acceptance rate of 10% it’s difficult to get into.

When the university originally opened, there were a mere ten students and two members of staff. Today, there are thousands and thousands of members of staff and students combined, but with an acceptance rate of just 13%, it isn’t easy for these pupils to earn their place.

As one of the best universities in the whole of the United States, and with an incredibly notable alumni in a diverse range of fields, a place at the University of Chicago is more than a little desirable. Focusing mainly on arts and sciences, the university gets thousands upon thousands of applicants per year…but unfortunately has an acceptance rate of just 8%, so it’s not worth getting your hopes up.

World renowned for it’s great student basketball team and for being one of the best universities in the whole of America, Duke University actually started out as little more than one small school house. Today, after moving around a few times, it houses almost 15,000 students…but with an acceptance rate as low as 11%, it’s tough to become one of the chosen ones.