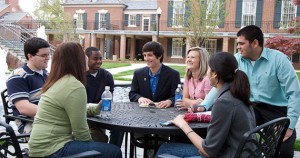 If there was one skill that I can say I really improved upon during my time in student government, it would be that of listening. I was already a pretty good listener before playing around in politics, but after serving the campus community for a good 3 years I got even better. This is the bare minimum that you should be able to glean from your experience with college governance. If you are like me, you will probably gain a lot more.

When you are a member of student government, you regularly interact with very senior members of the college administration. People like the President, and Executive Vice Presidents. People who could give you serious help when It comes to applying for jobs or graduate school afterwards. In fact, they can even offer you a job directly out of school if they would like to. At the very least, they can be a very valuable connection to have.

Another great benefit of being part of student government is that you will have multiple opportunities to take up leadership roles on campus. Most of the time, they will be struggling to fill them in the first place, and they would be more than happy to give them to someone. While you need not be an expert in the role that you will fill, you will end up learning what works, and what doesn’t. Most of the time, if you need help, there will probably be someone nice enough to point you in the right direction. For times when nobody can help, Google will be your best friend. But at the end of the day, the show will go on, and the problems will eventually be solved. There were many times when I ended up, sleeping over night in my office, while I tried to solve really difficult problems. Sometimes they were tough as hell, but they always got sorted out, and I learned a lot about my leadership style from just powering through the problems.

To conclude, I learned a lot from my time in student government, and had a great time doing so. I will probably not go into politics for a career, but I never planed on in the first place. You should seriously give student government a good shot.