For all those consistently on a diet: A recent scientific study showed that eating chocolate makes you more intelligent. Now you have a valid excuse to indulge in chocolate and here are some incredible chocolates you have to try.

Lindt & Sprüngli is a swiss chocolatier and they produce must-eat chocolates. And since they are a big business, their chocolates are even affordable. If a package of chocolates is not enough for you then you can go to one of their chocolate cafes. 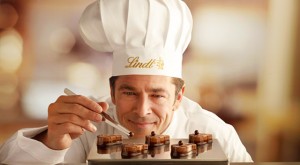 Lindt is especially known for its golden chocolate Easter bunny wearing a ribbon and a bell.

You can settle for the British candy, but what you really have to do is find a way to enter the magical world created by Roald Dahl and eat all, and I mean all, the candy produced by the fictional Willy Wonka. 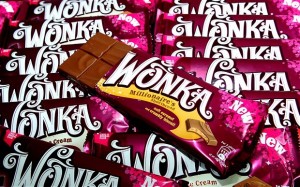 No real-life chocolate can ever be as good as his inventions.

Valrhona is a French company that produces exceptional chocolate. The company runs a cooking school called Ecole du Grand Chocolat. They focus on teaching recipes that involve chocolate, so the food there must be scrumptious. 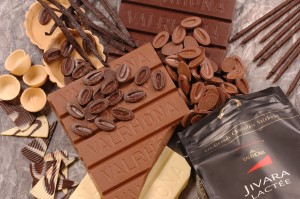 Most fancy restaurants use Valrhona chocolate.

This chocolate manufacturer makes anything chocolate related you can dream of. Chocolates, truffles, syrups, hot chocolates…You name it, they sell it. The company was originally founded in Belgium, a country known for its amazing chocolates, and has since been sold. 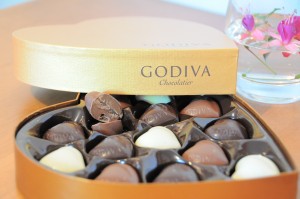 Luckily for you, their chocolates are sold all over the world.

Cadbury is originally from Birmingham but has since been bought. They sell many iconic chocolate bars and are probably most famous for their Creme Egg. Chances are you already ate at least one chocolate bar that belongs to Cadbury, but there are still plenty more for you to try. 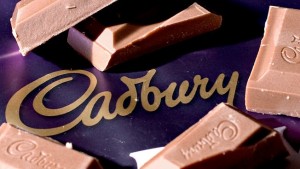 Cadbury sadly was involved in a few health scandals, but that doesn’t mean you shouldn’t eat their chocolates.

This Swiss chocolate is known for two things in particular: The unique shape of the Toblerone bars and the fact that for years people would always bring back Toblerone from the Duty-Free when travelling. 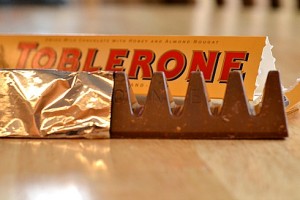 There was also a political affair surrounding Toblerone, but that does not take away from the fact that it is simply a very tasty chocolate.

This company is North America’s largest chocolate producer. One of their most famous products, the Hershey’s Kiss, is so in demand that 80 million kisses are produced a day. So even if you’re having a romantically troubled time you can always settle for a Hershey’s Kiss. 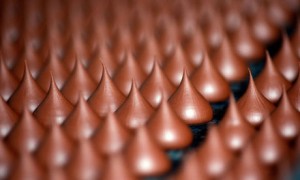 Or you can go to the Chocolate Theme Park and eat huge amounts of chocolate all day long.

Ferrero is among the three biggest chocolate producers in the world and they have many famous products. Whether it be the Kinder products or Nutella or the Ferrero Roche, these chocolates are household names. 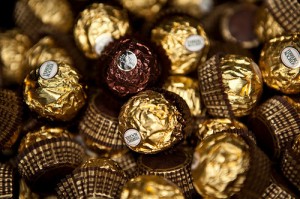 In Europe, the Kinder Surprise is one of the most famous products, but in the United States, it is not allowed to be sold.

Ghirardelli is known to be especially picky when it comes to the chocolate seeds they use. It is said that they refuse up to 40 percent of the seeds they buy for being of too low quality. 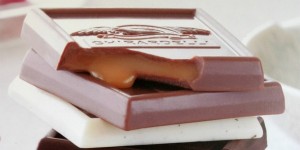 After roasting the seeds they produce a large variety of different chocolate flavours and there is normally at least one holiday exclusive on the market. 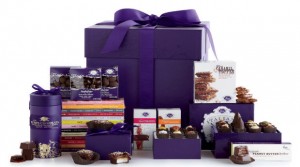 Vosges’ chocolates are highly praised and worth a try.

Scharffen manufactures chocolate from the bean-to-bar, as they say. Their chocolates are high end and they are particularly known for dark chocolates with a high cocoa content. Julia Child is quoted as having said that Scharffen produces the best chocolate in America. 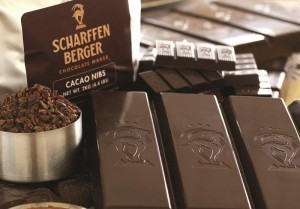 And she knew food.

Cote d’Or is a Belgian chocolate producer, named after the former name of Ghana in reference to the fact that many cocoa beans come from there. Cote d’Or chocolates are available on five continents, so there really isn’t any excuse why you shouldn’t try one of their many chocolate bars.

Guylian is another Belgian chocolate producer. Guylian holds a Guinness world record for building a large chocolate Easter Egg that consisted of nearly 2000 kilograms of chocolate. 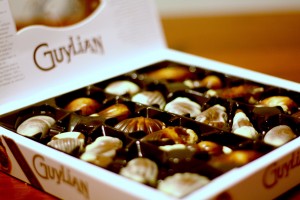 If that’s too much chocolate for you then eat one of the famous seashell and seahorse-shaped Guylian chocolates.

This British chocolate producer sells chocolates in stores but you can also order them online. The company traditionally produced toffees and different kinds of fudge but started selling chocolates increasingly after World War II. 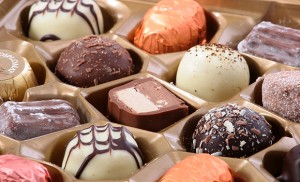 Lucky Londoners got to eat Thorntons chocolates for free when the company made an edible chocolate billboard.

Milka is a Swiss chocolate company that is famous for its purple cow. So famous indeed, that some city children in Europe used to think that cows are purple and white. Most of the Milka bars are now being produced in Germany, where the brand is one of the two most famous chocolate brands. 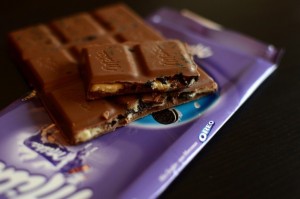 Milka produces close to 150,000 tons of chocolates each year in Germany alone.

Ritter Sport is another famous German chocolate brand. The brand has a unique way of packaging its chocolates in a square form that can be broken in the middle to open it. Each year this brand has, at least, one special variety, so you can always go back and try a new flavour. 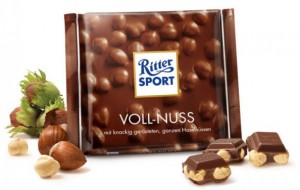 As you should, because the chocolate is really good.

The Swiss Teuscher chocolatier is normally from Zurich, but they have a lot of stores all over the world. This company is known to be the first to produce Champagne truffles, for which it is known until this day. 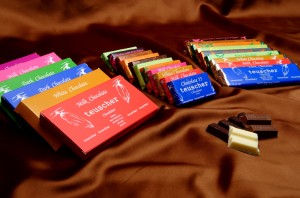 But there are over 200 different kinds if you are not into a mixture of alcohol and chocolate.

IKEA might be famous for its cheap furniture and even cheaper hot dog, but the IKEA food store also sells the Swedish chocolate Marabou. It was originally founded by a Norwegian but is now located in Sweden. You have to at least try a Daim bar once in your life. 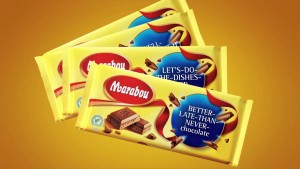 Marabou’s logo is a stork and the chocolates are especially tasty since they began caramelizing them.

Puccini Bomboni chocolates are handcrafted and only available in Amsterdam. Their chocolates are little works of art and there are varieties for people that are allergic to nuts or lactose intolerant. 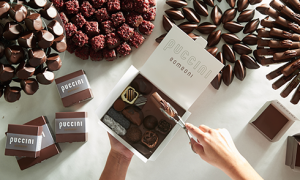 If you can’t go to Amsterdam right now then browse their beautiful website and get inspired to make your own truffles.

Dove is known as a shower gel and body lotion but there is also a chocolate brand by this name. Although known by Galaxy in many countries, Dove is actually named after a sweet shop in Chicago. 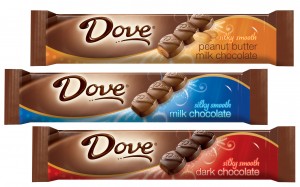 Dove chocolates have an extra surprise as there are small messages written on the insides of the chocolates’ wrappings.

The word for chocolate comes from the Aztek word xocolatl for bitter water, made of water and cocoa. The company Xocolatti produces beautiful truffle collections that are worth a try. Xocolatti chocolates became more known when Oprah included them on her list of favourite things in 2015. 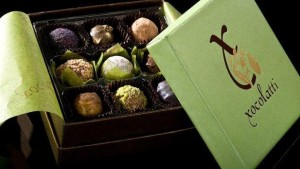 You can now buy a chocolate tower that includes many incredible flavours.