Back in 1995 there were a total of 90,000 malaria cases reported in Europe, according to the World Health Organisation. This peak was a scary – and deadly – time in European history, but now it seems as though that is all it is. History. 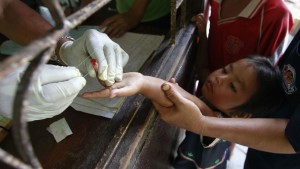 Back in 1995 malaria hit its peak with a total of 90,000 cases reported throughout Europe. There were thought to be nine key countries in the continent that were affected by the deadly disease, including Armenia, Kazakhstan, Turkmenistan, Uzbekistan, Tajikistan and Turkey. Both Turkey and Tajikistan were thought to have the most cases and were the toughest countries to eliminate malaria in. However, from 1995 to 2015 the World Health Organisation (WHO) have been working hard on not just containing the issue, but eliminating it altogether. And finally, they have achieved their goal.

No Time to Rest

While this is excellent news overall, there isn’t really any time to celebrate. Malaria has been eliminated before in the 1970s, but was back again by the 80s due to a lack of sustained containment. WHO have said that the future is fragile and there must be procedures in place to stop the disease from returning to Europe. However, there is also work being carried out in the areas deeply impacted by this deadly disease, such as in Asia and Africa. Now that they have the right method and knowledge to cure Europe, it could become easier to do the same around the rest of the world too.

On April 25th of 2016 we celebrated World Malaria Day with the theme, ‘End Malaria for Good’. The measure is a clear one; while we may have done well in Europe, we now need to concentrate on those countries who have been hit the hardest. Particular in South East Asia and Africa. It’s thought that over a million people die from this disease each year, with the majority being children under the age of 5. With the right support and methods in place, WHO and relevant organisations hope to really end malaria for good.