The colon. Few people like to talk about their colon, but there are those that love discussing this private topic, notably when they are trying to convince their friends and family of the wonderful cleansing effect of an enema. Who would have thought? 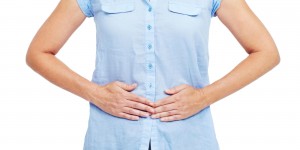 But lately the colon has reached the center stage of science and public interest, as many new studies point to the incredible capabilities of this shunned organ and teach people how to take better care of their colon.

In fact, without the colon, most organs could not perfom their jobs the way they’re supposed to. For a long period, the mistaken belief that the colon merely helps digest what we ate, chewed, what our stomach processed and what then reaches the colon. It does this with the help of 40 trillion bacteria. But that’s not all they do.

The microbiome, the group name for all of the bacteria in the colon, is established when a fetus is still in its mother’s womb, as well as during birth itself. Depending on which bacteria reaches the fetus’ and baby’s colon first, the later assembly of the microbiome is decided, and this later has an effect of the immune system of the child. It takes about three years for the microbiota of a baby to be fully formed and similar to that of a grown up. The first year is especially important because the body learns not to attack these bacteria and to welcome them as a part of the body.

Contrary to what one might believe, it is in fact much healthier for babies to be in a moderately ‘dirty’ environment, rather than a sterile one. The more sterile, or the more antibiotica a child receives during the first year, the higher the chances that children will later develop asthma or allergies.

Scientists are only now beginning to understand the importance of the colon’s bacteria. A more and more common method, and admittedly a slightly disgusting one, is a fecal transplant. Although it can help with problems like previously untreatable diarrhea, it is becoming more and more clear what else the bacteria does to its new host. No actual studies have been done on the subject, but cases have been reported where recipients of a fecal transplant later showed qualities that were obviously transferred through the transplant. For example, there have been report about a patient developing depression after a fecal transplant from a depressed donor.

The fact that our bowel bacteria is much more important than initially thought should also change the way we view or diet. In the past decade probiotic products have been increasingly advertised. But in fact we do not know exactly which bacteria we are missing, which strand of probiotics can help and which might even be detrimental.

That our diet has a big influence on our gut bacteria, however, is no longer a secret. While farting at the wrong moment can range from embarrassing to downright humiliating, it is actually often a sign of a healthy colon that is receiving the amount of fiber it needs. Most Western Europeans and North Americans are consuming not nearly enough fiber, something that scientists call the fiber gap.

The Western diet is killing off many strands of bacteria or may make it impossible for the ‘good’ ones to develop, leading to a host of illnesses in the long term. The silver lining is, however, that a balanced diet with many legumes, fruits and vegetables, among other things, can help restore the necessary bacteria, something that nutritionists have been propagating for years.

So next time consumers are standing in the supermarket they should think twice whether to buy the new super food fad item or a bag of simple lentils. Some scientists, after all, believe that the colon might be more important to the body’s functions than even the brain.