New articles are published daily that outline what is and is not good for the body. Although some articles support coffee, most indicate that it is bad for people’s health. However, in a recently published study, several positive aspects of coffee were revealed. Among these, one thing in particular stood out. According to the study, coffee can actually protect the liver from damage caused by alcohol abuse. 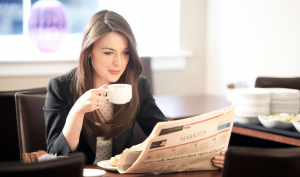 According to some research, coffee contains anti-cancer properties. Obviously, this is great news. In addition, several other studies indicate that coffee works as an aphrodisiac. Along with those positive aspects, this new study reveals even more. As shown in the study, drinking two cups of java every day can reduce the risk of cirrhosis caused by excessive alcohol consumption. For someone with cirrhosis, the liver is scarred. In 43 percent of those cases, organ failure is imminent.

Sadly, the number of people dying from cirrhosis has increased. In looking at data from 1980 to 2010, the number of cirrhosis-related deaths rose from 675,000 annually to more than 1 million, an all-time record. Keep in mind that cirrhosis is brought on by many different factors, and, for that reason, it can effect anyone. However, the two primary causes include obesity and alcoholism, both forms of addiction.

Although obesity is certainly one cause of cirrhosis, alcoholism is the primary reason for the development of this liver disease. With these types of addictions, the body begins to produce too much fibrous connective tissue, which over time creates scar tissue in place of healthy tissue. Once things have reached a certain point, cirrhosis develops.

Drinking Coffee as a Protectant

Prior to the most recently published study, scientists discovered through extensive research and in-depth studies that by drinking one cup of coffee a day, the body has protection from abnormal liver function and/or fibrosis, regardless of the type. Now, comprehensive analysis taken from this new study delves even deeper into how coffee protects the liver.

Until this most recent study, there was virtually no data pertaining to coffee and how it relates to cirrhosis. With a team of scientists, data from earlier studies were combined with new findings. The goal was to identify a link between coffee and cirrhosis, which they did in fact find. The results of that study were published in the Alimentary Pharmacology and Therapeutics publication.

According to the compiled data from 430,000 study participants, cirrhosis was reported in 1,990 individuals. The study showed that drinking a single cup of coffee actually decreased the risk of developing cirrhosis by 22 percent. When two cups of coffee were consumed daily, the risk dropped 43 percent. When the number of cups of coffee increased to three and four, the risk dropped even more to a whopping 57 percent and 65 percent, respectively.

Obviously, the results are stunning, showing that coffee is good for the body. The one thing that scientists have not yet uncovered is the way in which coffee lowers the risk of developing cirrhosis. Suggestions have been made that perhaps it has something to do with antioxidant or anti-inflammatory properties, but no definitive answer has been found yet.

The only drawback to this study is that while coffee appears to reduce the risk of cirrhosis related to alcohol abuse, there is no link to reducing the risk of cirrhosis caused by hepatitis, obesity, or diabetes. In addition, no further research has been performed as to the types of coffees that work best and if all coffees have an identical effect. There are certain limitations in the research from this latest study, but what has come from it is that drinking one or two cups of coffee a day is not bad for the body as once believed.

Samantha Heller, senior clinical nutritionist at Langone Medical Center at New York University, said coffee is not powerful enough to counteract poor lifestyle choices. Although she was not involved in the latest study, she stressed that the antioxidant and anti-inflammatory properties associated with a few cups of coffee daily cannot undo the systematic damage associated with obesity and excessive alcohol consumption.

In other words, while it appears that coffee reduces the risk, there has to be a drastic change in lifestyle to avoid cirrhosis. With the two combined, people at risk for developing cirrhosis have a greater chance of staying healthy.