When we look at improving our general health and wellbeing, we tend to go to the doctor’s office to make us feel better. But scientists are discovering new ways of improving our health all the time, and some of the methods may surprise you. 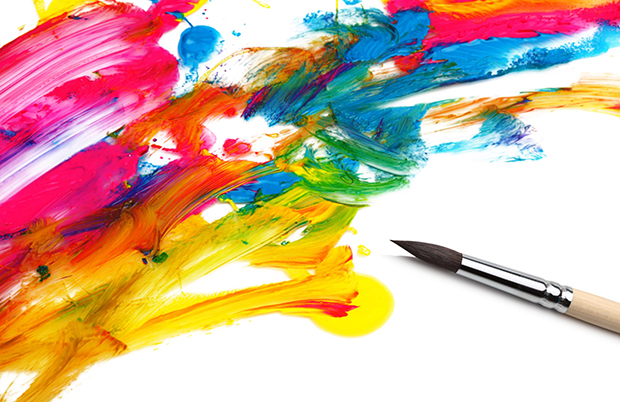 You may have heard of ‘Mindfulness’ as an alternative to antidepressants and therapy for treating mental health, and it is being lauded as a new cure-all. But truth be told, a version of ‘Mindfulness’ has been around for many years through exploration of your creative and artistic side. You don’t even have to be good at the arts to benefit. Experts believe that intensively focusing on any activity, creative or not, is of great benefit to the mind as it distracts the person from concentrating on their problems or health issues. In fact, one of the most recent commercial successes of ‘Mindfulness’ through art is the advent of adult coloring books, which were first introduced in France as a way of promoting stress relief. In a country which has the highest consumption level of tranquilizers, antidepressants and sleeping pills per capita in the world, it is no surprise that those frazzled French embraced the trend wholeheartedly.

Back in the US, one in ten strokes is attributed to the stresses of everyday life, and stress itself is having a staggering effect on the US economy, with a suspected $300 billion wasted each year due to illnesses in the workplace according to Office Vibe.  And when someone is stressed, their body releases a hormone called cortisol, which can affect your blood sugar levels and your immune system causing long-term health issues.

In 2016, a scientific study was conducted involving a test group of people from various races, ages, and both sexes to see how art affected their cortisol levels. The session was broken down into 15 minutes before and after to measure salivary cortisol levels and a 45-minute art session in the middle where the subjects could choose an art form of their choice from clay modeling, producing collages or using marker pens. The results showed that all subjects experienced a lower level of cortisol after the art session than before it, suggesting art can be used as a tool for stress management. Levels of stress appear naturally higher in the day, so it makes sense if you were to consider art as a viable stress relief to complete your artistic endeavors in the morning to benefit the most.

It is not just those suffering from stress who can benefit from art. There have been many recent studies made into the help art provides those who suffer from chronic illnesses or serious health issues such as cancer or HIV. Brunel University, London found that those who experienced disabling chronic illnesses often took up art as a way of taking their mind off the pain they experienced on a daily basis. This is something again seen in the 2010 American Journal of Public Health, who analyzed the data of over 100 studies showing the improvement of health and wellbeing in people who use art as a form of catharsis. They found that art filled occupational voids and distracted people from thoughts of their illness and showed a trend towards reduced depression, too. Users are able to express grief more easily through their art form, be it a visual medium or dance, writing or music.

If you’re considering trying art as a health booster, remember that the skill level of the artist doesn’t matter. If you are unable to pick up a particular art form, just choose one that suits you and don’t worry about your ability to produce art. You don’t have to be Picasso to feel the benefit. But if you do find your fears of your art abilities are holding you back, feel free to draw in the dark. Or how about choosing writing instead? In the Journal of Psychosomatic Medicine, a breakthrough discovery found that there was a correlation between the health of HIV sufferers and the use of writing as a treatment. Those that wrote as a form of therapy experienced improvements in the CD4+ lymphocyte counts which gave a significant boost to their immune systems.

The wider name for using art to improve health is art therapy. Art therapy is portable and once the tools have been taught, often doesn’t require a therapist to be present. It’s been used as a defined therapy treatment since around 1940. One therapy technique that is particularly powerful is to write a postcard to someone who has caused you a significant amount of stress. The art of writing the postcard supposedly lowers the stress levels and helps to reduce any anger you are feeling towards that person. The postcards are never sent and are instead thrown in the bin, signifying a throwing away of your stress. By channeling your emotions into a form other than verbalizing them you are distancing yourself from the anger itself, making it easier to let go.

It is thought that the techniques taught in art therapy can be particularly helpful to those suffering from Post Traumatic Stress Disorder (PTSD) and this form of therapy has been embraced on the east coast more than the rest of the US. It has been known to help war veterans transition from the terrible stresses of service to life back in the US by allowing them a safe environment to deal with their disorder and anger in a healthy way. Which is all good news not only for the general wellbeing and happiness of the veterans but also for their brain function too.

Dr. Lawrence Katz, a neuron regeneration researcher, found that mental decline was not caused as first thought by the death of brain cells, but more likely by the lack of communication between brain cells themselves. Through using brain exercises that use creative thinking and problem solving such as creating art, you can increase brain function and potentially improve the brain health.

But surely art isn’t about problem-solving, it’s about putting marks on paper, right? Well, not quite. Leonardo Da Vinci probably described it best when he said that ‘painting embraces all the ten functions of the eye’ meaning light and dark, body and color, distance and closeness, shape and location and motion and rest. To fully see and process all of those functions and then reproduce them in a thoughtful way poses a taxing problem for the brain. Scientists believe that the average person has somewhere around 60,000 thoughts daily, and around 95% of those are the same on a daily basis. By embracing art, you are using your senses such as sight and inspiring a more complex way of using your brain functions, increasing the chances for unique thoughts and brain development.

Even if you don’t agree with Da Vinci’s beliefs, you can perhaps embrace him in a different way. Professor Zeki found that the dopamine levels – the happy hormone usually released when in love or after sex as a bonding hormone – are much higher in the orbitofrontal cortex of the brain after viewing works of art, leading to suggestions that looking at the artworks released the pleasure chemical in the body. The artworks used in his study were The Birth of Venus by Sandro Botticelli, John Constable’s Salisbury Cathedral and Bathing at La Grenouillere by Claude Monet. This built on from previous research that suggested that art reduced the amount of suffering in a hospital and caused quicker recovery times on hospital wards.

While the research into the health benefits of art is still in its infancy, there is certainly some strong foundations to build from. And with so many positive results coming out of the scientific world, maybe next time you’re feeling the burden of an ever-increasing workload, or the kids have run you ragged, you’ll be tempted to reach for a paint brush, pencil or guitar to release your frustration. What have you got to lose?