World War II was a very dark and bleak time period from the last century. While almost everyone knows the basic facts about the war, there are a few weird ones, which everyone will be surprised to learn. Here are 23 Weird Facts about World War II

It is well known that the Power base of the Nazi Party mostly consisted of narrow-minded people. What most people don’t know is that the word Nazi derives from the Bavarian word Nasos. 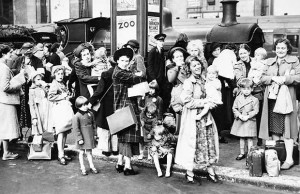 The Harvard Alumnus Ernst Hanfstaengl who was a close friend of Adolf Hitler devised the tune from the famous Sieg Heil March. 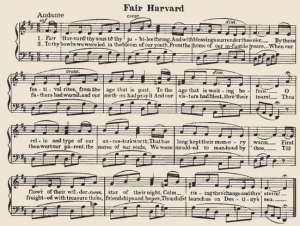 Hanfstaengl pirated an American song and turned it into one of the most recognized tunes from the Nazi’s.

80% of total casualties came from 4 countries

In recognition of the barbarity of war, of the nearly 70 million total war casualties, 80 % of them came from Russia, China, Germany, and Poland. 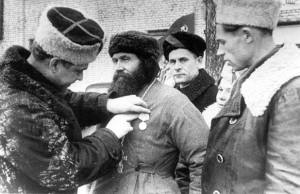 Of those casualties, over half of them were civilians, with many of them being women and children, who couldn’t possibly be considered combatants.

Lt. Hiroo Onoda was the last Japanese soldier to surrender his post, surrendering only after being relieved of his duty in 1974. Lt. Onoda served in an intelligence unit in the Philippines and was unaware of the Japanese Surrender after 1945. 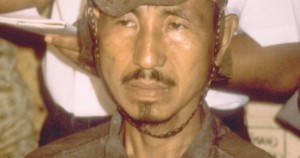 He only surrendered after his former commanding officer was flown in from Japan.

If the war didn’t end after the bombings of the Japanese cities of Hiroshima and Nagasaki, a third bomb would have been dropped on the Japanese capital of Tokyo. 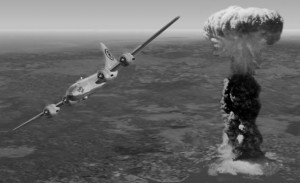 Fortunately, the Japanese surrendered and this did not have to happen.

It’s not a well-known fact, that the only victims of the first allied bombing of Berlin were the elephants at the Berlin Zoo.

They were killed after one of the bombs failed to hit its target, and only one elephant from the zoo survived the war.

The death rate in Russian POW camps was 85%

The soldiers most feared by the Germans were the Soviets. There was a very good reason for this. If you were taken prisoner by them, there was an 85% chance that you wouldn’t survive the war. 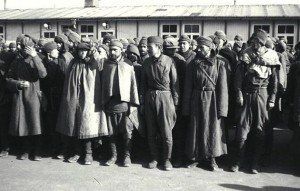 Unsurprisingly, no one wanted to serve on the eastern front.

The largest Japanese Spy ring was in Mexico

Many people would be surprised to learn that the largest Japanese spy ring during World War 2 operated in Mexico, and not it the United States. 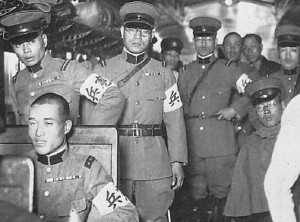 Most Japanese Foreign Intelligence officers were posted in many Latin American countries as diplomats, with only a few coming to the United States.

Both Henry Ford, and Adolf Hitler respected each other’s ability, and they kept portraits of each other on their desks. 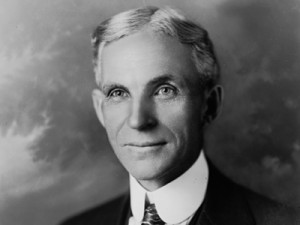 This is funny as many high-ranking military officers during the cold war, and other conflicts kept pictures of their adversaries on their desk as well.

Adolf Hitler’s nephew was a US Sailor

William Hitler was the nephew of Adolf Hitler. He also served Honorably during World War II as a Sailor in the US Navy, which undoubtedly ticked off his uncle. 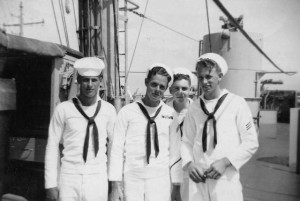 After the War he changed his last name from Hitler to Stuart-Wilson.

During World War II the Famous American Hamburger was renamed the Liberty Steak. It was done, so as to un-Germanify the name.

Due to wartime rationing though it can be safe to assume that there weren’t as much burgers eaten as usual though.

There were more deaths from the Siege of Stalingrad, than all Of the US and British war deaths put together

One of the more tragic parts of war is death. During the Siege of Stalingrad, there were more Russian casualties, both military and civilian, than total wartime casualties from the United States and Great Britain. 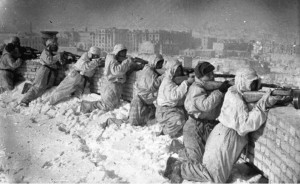 Only 25% of U-Boat Sailors Survived

Being a sailor on a German U-Boat was not a particularly pleasant position. Along with the long hours under the sea, only 25% of Sailors survived the war. 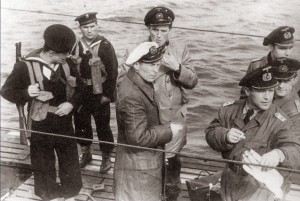 The Youngest US Soldier in the War was 12

During World War II the youngest US Soldier was only 12 years old. After dropping out of elementary school to illegally enlist in the US Navy, Calvin Graham went on to receive both a purple heart, and bonze star before his age was found out and he was discharged from the navy. 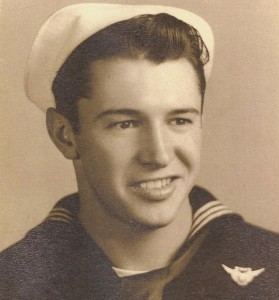 Another tragedy of War, of all the boys who were born in the Soviet Union in 1923, only 20% were alive after the war. The rest of them either died before, or during the war. 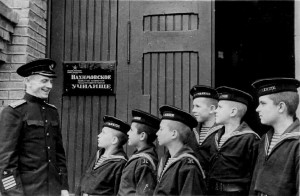 Another interesting fact on the Infamous eastern front, of all of the soldiers who served in the East, only 20% of them survived the war, and returned home to Germany. 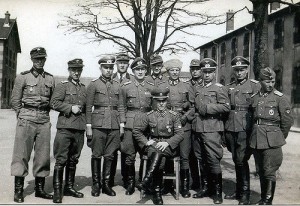 German soldiers in the Soviet Union, were killed from the enemy, died from the elements, or died in prisoner of war camps.

Over 3 million cars were made in 1941. There were only 139 more cars made during the war

There were over 3 million cars manufactured in America during the year 1941. The wartime production total was only 139 more cars between 1941 and 1945. 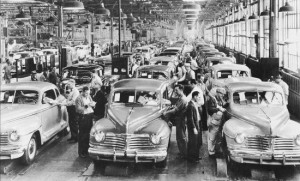 Apparently after 1941, there were so many cars that more wasn’t needed.

British soldiers got 3 pieces of toilet paper a day, Americans got 22

Another example of inequality, during World War II British soldiers were only given 3 pieces of Toilet paper a day. In stark contrast, American Soldiers were entitled to high amount of 22 pieces per day. 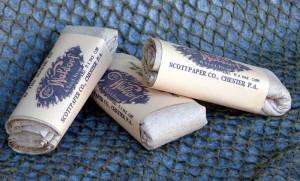 This all goes to show that life isn’t always fair.

Over 3,000 babies were delivered in Auschwitz by Stanisława Leszczyńska

In the Auschwitz Concentration Camp, Stanisława Leszczyńska, a Polish Midwife, delivered Over 3,000 Babies. This goes to show that even in hell on earth, there were still good people. 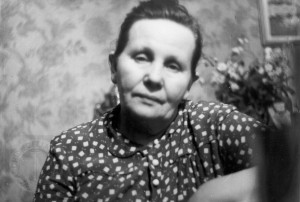 Unfortunately on 30 babies survived the war.

More people died in the Air Corps than the Marine Corps

When people think of casualties during World War II, they normally think of the Marine Corps. While the Marines fought Honorably for their countries, it was in fact the Army Air Corp that sustained the most casualties during the war, with many flight crews never returning. 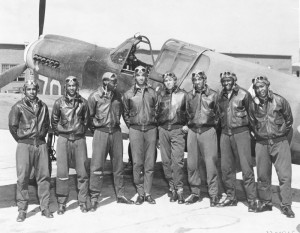 After the War, the Air Corps became the Air Force.

Another sad number, over 100,000 Allied Bomber Crewmen were killed. This number also includes flight crew from countries such as Canada, Britain, and other commonwealth countries, in addition to the United States. 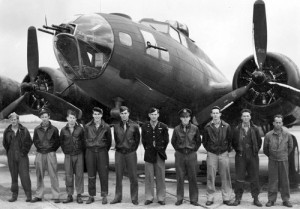 Being a pilot, or serving on a plane during the war was extremely dangerous and many flights also crashed because of errors, in addition to those that were shot down by the enemy.

The First American soldier was killed by the Russians

While many people would think that the Germans or Japanese either killed the first American soldier, in fact, it was the Russians who did the deed. Captain Robert Losey was serving at the United States Embassy in Helsinki, and he was killed there during a Russian bombing raid.

First German soldier was killed by the Japanese

Like the previous post about the American soldier, the Japanese killed the first German Soldier. Lt. Von Schmeling was a German infantry officer who was posted to the Chinese Nationalist Army as an Advisor. 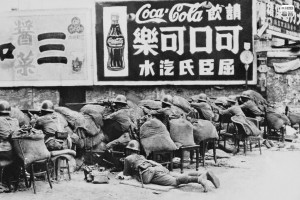 He was killed during battle with the Japanese Army, when it invaded Shanghai.