Known also as the Great War, World War I was the first war, in which nearly every country in the world was fighting. As you can imagine, it was a mess. Here are 23 Weird Facts about World War 1 that you probably didn’t know before.

During World War I ATT trained American women, who were also fluent in French, to act as telephone operators on the Front Lines, and they were known as Hello Girls. 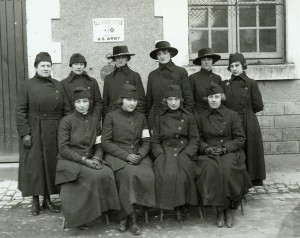 While many of them saw the same carnage as regular soldiers. They weren’t given veterans benefits until 1979.

The Pool of peace

The Pool of Peace is an artificial lake located near Heuvelland Belgium. The lake was formed when the British Army blew up 19 landmines at the start of the Battle of Messines. 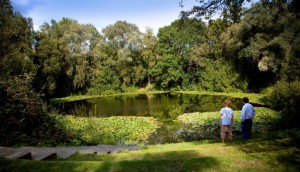 Today the lake is a monument to peace, and can be visited along with other battle ruins in the area.

During World War I, dogs were used for many things, including carrying messages, and helping lay communication lines. 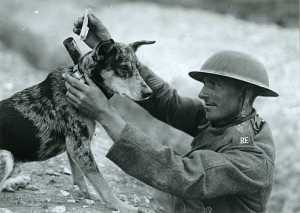 It’s funny though that the dogs were not used to detect explosives, as they would be used today. Sadly, many of those dogs perished in the line of duty.

While today, army tanks don’t have genders during World War I the tanks were either male or female. Female tanks only had machine guns, while Male tanks had had canons. 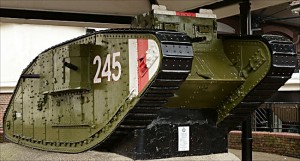 It isn’t known when this custom stopped, but it was a colorful custom, that for sure.

Use of Battle Helmets

World War I was the first modern conflict in which helmets were used as protection. While helmets were used during the ancient, and medieval times, the usage stopped over the years, and only restarted in 1915. 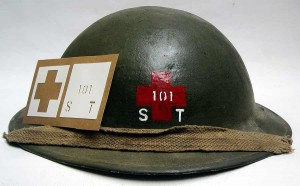 During his army service, Winston Churchill was well known for wearing a French made helmet.

Before World War I, there was no such thing as a flamethrower in modern warfare, however the modern Flamethrower was invented during the war, and was first used by the Germans near Verdun in France. 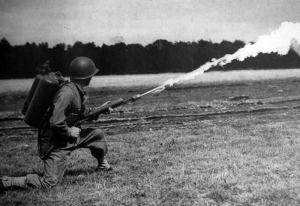 Unfortunately, the flamethrower has been used in nearly every armed conflict since the war, and is still used today.

The story of Dr. Dolittle was formed when Hugh Lofting, wrote letters home to his kids, when he was serving a as a soldier. Like any good parent, he wanted to shield his kids from the horrors of war, so he decided to get a bit creative. 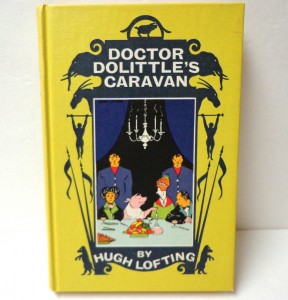 The letters that he wrote ultimately were turned into the Dr. Dolittle stories that we know today.

Due to decency laws in America, American soldiers in Europe were forbidden to use condoms, or other devices that can prevent STD’s. As a result, many American soldiers returned from Europe with all sorts of sexual diseases. 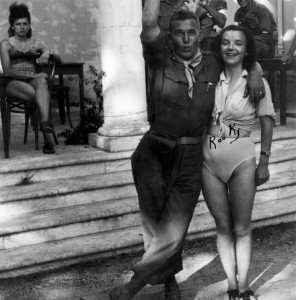 It should also be noted that many British Soldiers also contracted STD’s from brothels near the front lines.

During World War I, there was a severe shortage of Steel, and other metals. As a result, several ships were built from concrete. Even more unusual is that not of them sunk. 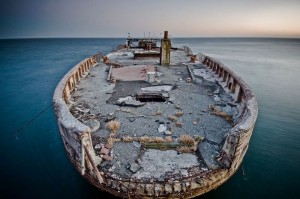 The ships that remain from World War I are now used as an artificial breakwater in a small town in British Columbia.

There were many horses killed during the war

While there were many human casualties as a result of the war, not many people know that there were about 8 million horses that were killed as well. They died from battle, diseases, and pure exhaustion. 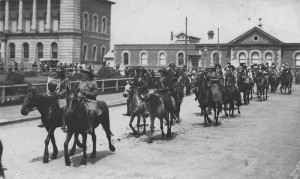 While this number pales in comparison to the 38 million people who perished, 8 million is still a pretty big number.

In order to construct their trenches, the British used over 90,000 Chinese laborers to do the digging. 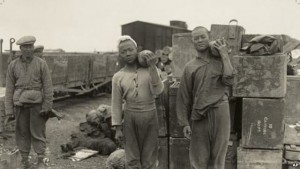 Sadly, many of them perished as a result of diseases, and the violence and chaos of warfare. It is one of the darkest secrets of the First World War.

In order to prevent the real City of Paris from being bombed, the French made the ingenious decision to build a fake Paris. 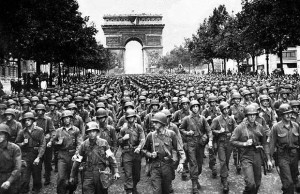 It can be said that it worked pretty well, as Paris didn’t have to rebuild its city center after the war, and nearly the entire old city is original.

Urinating on a Handkerchief was the first gas mask 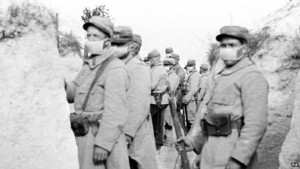 It must be added that not much has changed in the technology, but also that chemical warfare, has not been used on such large scales since the war.

During and after World War I Bayer Pharmaceuticals saw a great opportunity, they sold Heroin as a cough medicine. Nowadays we know the possible damages of heroin, but back then drugs weren’t regulated like they are now. 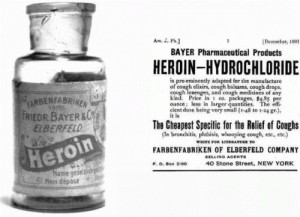 The Patriotic name for Sauerkraut, Liberty Cabbage was called that in order to distinguish it from German, and make it seem more American, throughout the war, German soldiers were often referred to as “Krauts”. 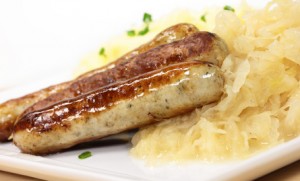 After the war, it became permissible once again to call Liberty Cabbage, Sauerkraut.

During times of War, nothing is more important than communication between military units. One of the ways that this was done was by carrier pigeon. 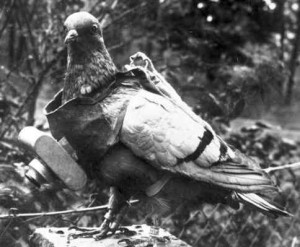 During World War I, a carrier pigeon named Cher Ami carried a message that saved the lives of nearly 200 American soldiers.

After World War I, German Bike tires were made out of springs.

After the War, in addition to having to pay huge amounts of money to the victors, Germany faced a huge rubber shortage. 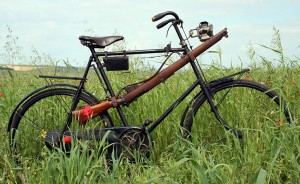 As a result, the Germans cleverly made bicycle tires out of metal springs. It must have been really interesting to ride one of those back then.

Dazzling Camouflage was introduced on Ships 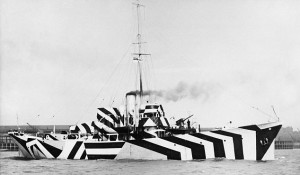 Nowadays, we don’t use dazzling Camouflage, it wasn’t considered to be effective enough, but it was used up until World War II.

The Olympic, sunk a U-Boat

The only known instance of a boat sinking another boat by colliding with it occurred when the Titanic’s sister ship, the Olympic, collided with a U-Boat in the middle of the Atlantic Ocean while on it’s way to France. 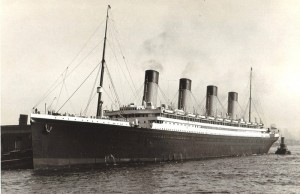 It isn’t surprising, giving the Olympics’ size that the U-Boat lost.

One of the most astounding incidents in the war occurred in 1918, when Soldier Anibal Milhais of the Portuguese army held off a Battalion of German soldiers singlehandedly. 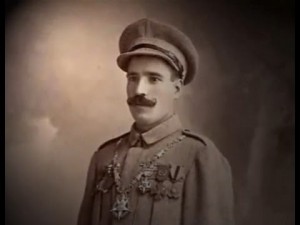 Soldier Milhais held his post for over three days without eating or sleeping and saved the lives of thousands of soldiers.

King Albert of Belgium fought with his men

It was and is still unusual for a head of state to fight in a war as a soldier. That didn’t stop King Albert of Belgium from fighting in the war. 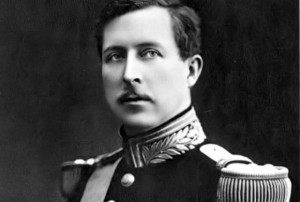 King Albert wanted to set an example for his soldiers and he fought at the front lines with his army throughout the war.

One of the stranger incidents of the war involved Paul Kern, a Hungarian Officer. Paul Kern was shot in the head during the war, while this would have killed most people, it didn’t kill him instead it made him unable to sleep for the rest of his life. 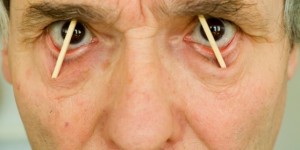 Strangely though it didn’t prevent him from living a normal life, and he died in 1955

Back pay for German African Soldiers

In 1964, the government of Germany decided to right a historic wrong, and started to award veterans benefits to African soldiers who fought in the German Army. The problem was that not many of them had proof of their service after all those years. 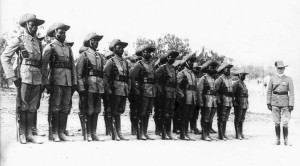 Then someone had the creative ideas that if anyone who didn’t have proof service performed the manual of arms sucessfully, they would recieve benifits.