For many years Disney has been in the business of providing American families with great vacations at its 2 theme parks in the United States. The only problem with a vacation there is that you will have to wait in line. And it is almost guaranteed that it will be a very long wait. To solve this problem Disney recently rolled out two new programs. The first is Disney Extra Morning Magic, and the second one is Disney After Hours. Both of these programs offer only a limited number of tickets, and do include free food of some sort. For the Disney Extra Morning Magic, it is a free breakfast, and for the Disney After Dark it is free snacks at concession stands. Since the program has been rolled out, it has become apparent that the Disney Extra Morning Magic is more popular. It is that way for many reasons. 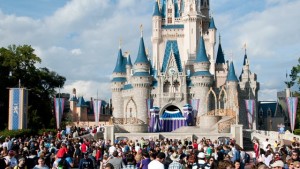 With a Disney Extra Morning Magic Ticket, your trip to Disney will probably be made a bit easier. For starters, by showing up to the park early, you will be able to go on certain rides, and see a few selected attractions without having to wait in line. The best part about it is that all you have to do is get up early, and have the proper ticket. In comparison though with the Disney After Dark, it offers fewer rides and attractions but it is still significantly less expensive. People notice that, especially those who take trips to Disney World. Tickets there are really expensive, and things inside like food and drinks aren’t much cheaper. Even though not as many things are open as the Disney After Dark, the price for the Disney Extra Morning Magic Tickets are 69 dollars a piece as opposed to 149 Dollars for the Disney After Dark. That is a lot of money, for two programs that are pretty similar to one another.

While this is only the first go around for both programs, it means a few different things. For starters it means that Disney has effectively figured out two new ways to part helpless tourists from their wallets. 69, and 149 Dollars are still a lot of money, Not everyone has the luxury of being able to afford to do something like this. Secondly, this shows that Disney has figured out a new way to keep its clients happy. Let´s face it, if you could take your kids to Disney World and not have to wait on line for two hours, wouldn’t you be thrilled to wake up two hours early? You can see more things at the park, and if you play your cards right, you could possibly only have to go to the park for one day instead of two. Plus if you get hungry, you know you can always eat your free breakfast. Another reason why the Disney Extra Morning Magic program is more popular may be because you don’t have to spend your whole day in the park, or doing something else. This way you won’t be tired before you even get there. No amount of free munchies can ever make it worth it to hang around Disney World if you have 2 kids with you that really want to go to sleep. That would make it really suck.

To conclude, while the jury is not exactly out yet on the Disney Extra Morning Magic Program, from the looks of it, it is still a lot more successful than the Disney After Dark Program. While we understand why it might be that way, we won’t be able to confirm this for another month or so, but all available data points to a raging success so far.
http://www.fool.com/investing/general/2016/03/26/disney-world-is-so-greedy-its-brilliant.aspxhttp://www.businessinsider.com/disney-world-is-making-a-fortune-on-early-risers-2016-4