In nearly every culture there are a few people that believe in the power of psychics, mediums and palm readers, but there are always people that take things to the extreme. One creative Japanese plastic surgeon has made the belief in palmistry to his new specialty. 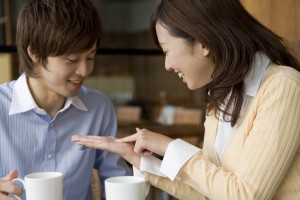 The plastic surgeon in question is called Dr. Takaaki Matsuoka and has a practice in Tokyo. He did not actually come up with the idea himself but was rather asked by a patient if maybe he could help her out.

The female patient, Fumiko Enomoto, wanted to help her luck get better and came up with a unique idea. It is not known whether she believed in palmistry herself, but it stands to reason that she had had her palm read and was not satisfied with the results. So she asked Dr. Matsuoka to change the lines of her palm. He complied.

Initially, he performed the surgery with a scalpel but after a Japanese TV channel picked up the story, more and more people wanted him to help them with their luck. He began perfecting the technique.

Dr. Matsuoka performs about one of these surgeries a month and has moved on to burning the new lines into the palm with a laser. Since this surgery is performed precisely for the scar, Dr. Matsuoka initially did not consider a laser a good option. When he first became famous for the surgery he stated that a laser will not do the job because the scars fade to quickly.

Fumiko Enomoto was a long time patient of Dr. Matsuoka and his first test patient for the surgery. As a thank you, she received the surgery for free. Due to the more extreme technique, back then the surgery was hardly as risk free as it is now. Enomoto received a general anesthetic and only recovered feelings in her hand a few hours after the surgery. The scars needed nearly a month to heal.

But Enomoto believes that it was worth it. Contrary to most women, who come asking for more luck with their love life, Enomoto asked for more wealth – something that men traditionally ask for in Dr. Matsuoka’s practice. She claims that she makes twice the money now that she made before the surgery. She also saves a lot of money by giving the occasional interview about her palm lines and receiving a discount at Dr. Matsuoka’s clinic.

Men normally ask for the so called “emperor’s line”, a line that promises success and fortune and is made up out of three lines: fate, health, and success. Dr. Matsuoka normally models his patients’ hands after his own palm lines. Patients are happy with that decision, as Dr. Matsuoka is indeed very successful – and not only since he began performing this operation. His specialty, and passion, are breast operations.

Most women that come to his clinic still ask for traditional anti aging surgeries such as face lifts, botox and collagen injections. But there are always also women that ask Dr. Matsuoka to make their marriage lines more pronounced. Dr. Matsuoka, ever generous, gave a new marriage line as a gift to his receptionist.

It is hard to tell if Dr. Matsuoka actually believes in palmistry himself, yet it is clear that the surgeries have brought him a lot of luck. While he initially charged only about 700 dollars for the surgery, patients are now willing to pay roughly 4000 dollars.

Whether the surgery actually helps or merely has a placebo effect is not important to Dr. Matsuoka. And if you’re honest, a new scar on the palm is not that different from getting a tattoo somewhere on your body. But the tattoo is normally done without anesthesia.