Everybody heard of Hitler and Stalin, but there’s more to brutal dictators than those two disturbing names. Even though they may not have resounding names, these 22 ruthless dictators are war criminals, oppressors, sociopaths and more. Reading the list below will without a doubt make you appreciate having a representative government.

Responsible for meddling in the civil war in Uruguay in the mid 1860s, Francisco Solano Lopez was a Paraguayan president and military leader who provoked Argentina and Brazil by interfering in their conflict with Uruguay. When the war was over, Argentina, Brazil, and the winning faction of Paraguay planned to annex half of Paraguay. When Lopez rejected the annexation, a shocking conflict followed, during which Lopez executed numerous of his deputies, including his brother, conscripted child soldiers, and suffered extreme territorial losses. 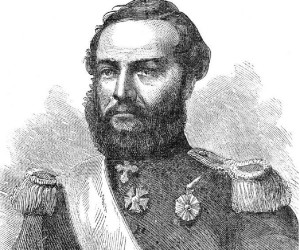 The leader of Slovakia’s fascist movement, Jozef Tiso was a Catholic priest who led the fascist movement in his country and was a close ally of Hitler. The facilitated the deportation of most Jews in Slovakia to Nazi concentration camps. 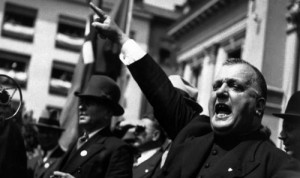 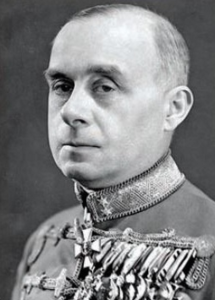 An adversary of the so-called Kingdom of Yugoslavia, Ante Pavelić became head of the Independent State of Croatia after Axis conquered Yugoslavia in 1941. He ruled over a puppet state of Nazi Germany and Fascist Italy, and under his leadership the Jews, Orthodox Serbs and Romani living in Croatia were heavily persecuted. 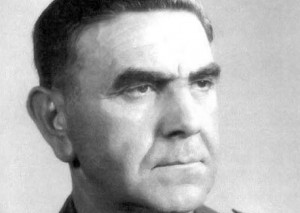 The communist leader of Hungary from 1945 to 1956, Mátyás Rákosi installed a repressive Soviet-allied regime that was so brutal the URSS decided he was a liability and removed him from power.

The Mongolian leader was responsible for applying Stalin’s methods to Mongolia. His dictatorial system killed thousands of people who opposed the regime. Victims included intellectuals, army officers, and members of the government. 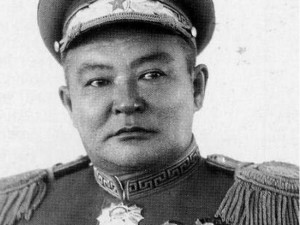 Choibalsan died of kidney cancer in Moscow in 1951.

Responsible for turning Albania into a European version of North Korea, Enver Hoxha ruled his country for 40 years. During this time, he undertook eccentric public building projects, constructed thousands of concrete pillboxes all over the country, and severed all the country’s international relations. 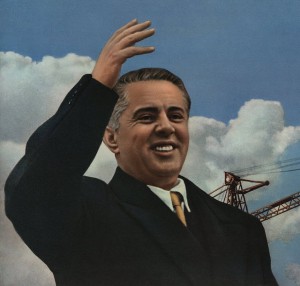 He installed a Stalin-inspired cult of personality, and imprisoned an estimated 200,000 people for alleged political crimes.

The main decision-maker behind Vietnam’s communist regime, Lê Duẩn supervised the purges of South Vietnamese anti-Communists by forcing more than 800,000 individuals flee the country by boat and imprisoning more than 2 million people. 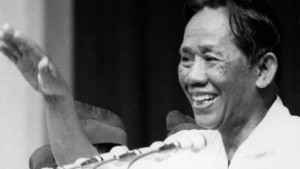 Moreover, he started an economic centralization effort that failed spectacularly.

A contentious figure in the history of post-colonial Africa, Ian Smith was the mind behind the secession of Rhodesia from the British Empire in 1965. His main scope was to continue white rule in a colony that was overwhelmingly black. 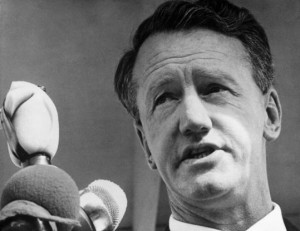 To do so, he led a racially prejudiced regime for more than a decade.

Son of the famous Rafael Trujillo, the dictator who led the Dominican Republic for more than 30 years, Ramfis Trujillo used his couple of months as a dictator to embark on a brutal campaign against those whom he suspected plotted the assassination of his father in 1960. 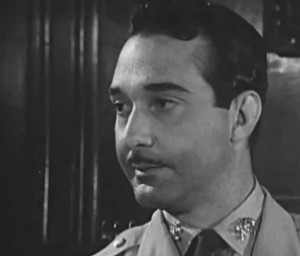 He was a chronic Playboy and an accomplished torturer, who fled the country in 1961 carrying a coffin filled with more than $4 million in jewellery and money.

Michel Micombero became Prime Minister of Burundi in 1966, after he led a coup. Shortly after getting in power, Micombero abolished the monarchy and started to cultivate a Tusi elite within the government and army. 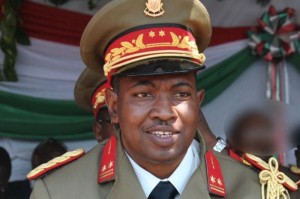 Responsible for the killing of more than half a million Bengalis and other minorities in India, Yahya Khan was a Pakistani general who enacted martial law in 1969. By 1971, hundreds of thousands of people died under his regime. 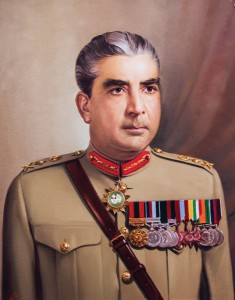 Under the administration of Guatemalan military president Carlos Manuel Arana Osorio, about 20,000 people died or disappeared. Some of the groups he persecuted included political opponents, workers’ groups, and “radical” students. 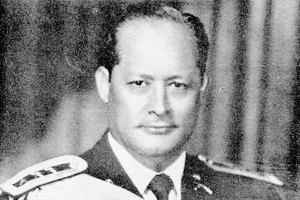 After he took control of Argentina following a coup in 1976, Videla was moderately successful in bringing the economy back, but soon he started a repressive regime that abducted, imprisoned, and murdered educators, journalists and intellectuals. 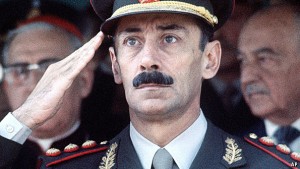 After he declared himself leader for life, the first president of Equatorial Guinea proceeded to hoard most of the national treasury suitcases under his own bed, and he killed an estimated 300,000 people, about one third of the country’s population. 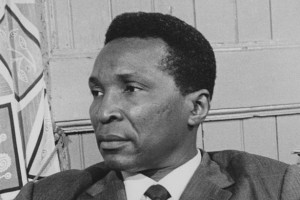 Obiang was the one to overthrow his uncle Francisco Macías Nguema in 1979. After the discovery of oil in Equatorial Guinea, Obiang found himself an excellent source of self-enrichment. He is accused of banning most forms of self expression and torturing dissidents. 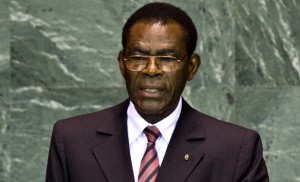 Barre was a Somalian military dictator who ruled the country for 13 years. During this time, he used a combination of manipulation and blunt force to maintain control. He is responsible for the civil war that started in Somalia in 1991 and resulted in over 20 years of turmoil. 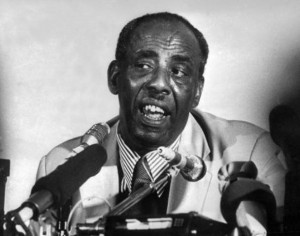 President of the self-proclaimed ethnic Serb republic that seceded from Bosnia in 1992, Karadžić supervised a campaign against Muslims in Bosnia with ethnic cleansing purposes, which resulted in one of the most severe abuses in Europe after World War II. 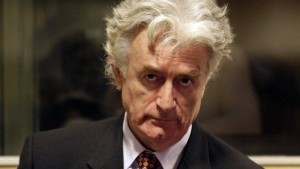 It is believed that he ordered the July 1995 Srebrenica massacre, during which 8,000 individuals lost their lives over just three days.

Under Sindikubwabo’s rule, the Rwandan genocide took place, during which n estimated 800,000 people lost their lives. Even though he did not order the massacre, Sindikubwabo encouraged militants who carried out the genocide. 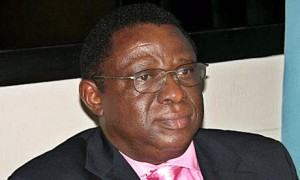 The head of the Burmese military junta, Than Shwe reportedly sent up to 1 million people to labour camps and satellite zones. During his regime, there was no free speech in the country, and individuals were at risk of jail or torture if they attempted to contact a foreign journalist. 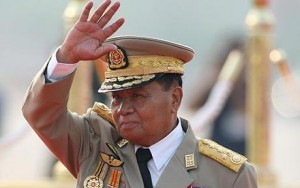 An important figure in Eritrea’s struggle for independence, Afwerki created one of the most frightening autocracies in the world, which included the creation of a large network of secret prison camps and indefinite military service for the citizens. 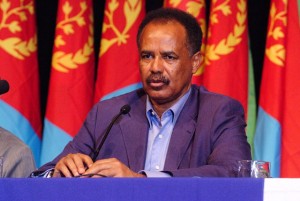 Jammeh has been Gambia’s president since 1996, and he created a terrifying dictatorship that threatens to slit gay men’s throats, and uses arbitrary torture and arrests to control the citizens. 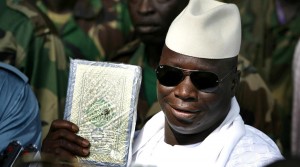