The Panama Papers; a scandal no one has been able to avoid. A mass leak of data, exposing rich, public figures (we’re looking at you, David Cameron) and their offshore accounts that have helped them to dodge the tax that they were supposed to have been paying. 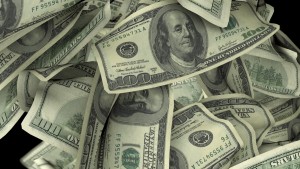 Pakistan’s Prime Minister, Nawaz Sharif, has been strongly linked to the offshore accounts. His three sons all have their own offshore companies and assets that have been kept a secret. The funds from these companies have been used to purchase foreign assets, including some rather fancy, upmarket apartments in Mayfair, London. The discovery of this has definitely left the PM on some unsteady moral ground, and there is fear that it may spark up the internal conflict in Pakistan, with many marches and demonstrations happening on the street. It will upset the civilians of Pakistan, that’s for certain, and Sharif has lost their respect as a leader.

There has been much confusion in Russia. Conspiracy theories have revealed that Putin could indeed be at the head of this scheme, releasing the Panama Papers for his own gain. Whilst there is a $2 billion strong trail linked directly to him, Putin’s name doesn’t actually appear in the papers – only the name of his closest friend does. Of course, this is suspicious and the papers imply an involvement with offshore accounts on Putin’s behalf, but with no real proof, it makes it look like the world is trying to frame Putin – and Russia, and this isn’t great for the civilians of Russia. Furthermore, it makes Putin look even more powerful… if he did release them, the other countries should now fear him because just take a look at what he is capable of.

Surprisingly, Iceland had quite a ferocious reaction to the Panama Papers. And when we say they acted ferociously, we mean that they forced their Prime Minister, Sigmundur Davio Gunnlaugsson, to resign from his job. He wasn’t the only world leader exposed in this scandal by a long shot, but he is actually the first to lose his job over it. With the collapse of Iceland’s three main banks during the worldwide financial crisis back in 2008, hearing that the PM had all of these funds, all of this Icelandic money stashed away in a secret account did not please citizens and they did not tolerate it at all. Although part of a coalition government, the leader of the other coalition party said he was happy to remain as part of a
coalition – but not with the current Prime Minister. If only every other country had reacted so fiercely…

The Panama Papers have dropped just in time for the presidential elections, so it seems. While there isn’t a direct correlation to Bill and Hillary Clinton, several of their friends and very close associates, both old and new, have been listed as having a connection with offshore funds. Despite the fact that Hillary has slammed the Panama Papers quite openly, it has only added fuel to the fire for her opposition, Bernie Sanders. With the use of the Panama Papers out of the way, this could seriously damage her presidential campaign and could leave the United States of America in the hands of two not so great men- Bernie and Trump. United KingdomThe vast majority of the UK already have a huge dislike towards the current Prime Minister, David Cameron, and the Tories as a whole. The rich get richer and the poor get poorer – and the Panama Papers leak has only proved this to be truer than ever. With David Cameron and his family having major investments in offshore accounts, the UK was exposed to yet more lies that Cameron had been concealing. Straight away there were marches through the streets of London, and even a trending hashtag on Twitter, demanding that David Cameron resign instantly. It’s a shame the elections in the UK aren’t sooner because it looks like we are stuck with Cameron for a while longer now…

The Panama Papers have had a unique impact on countries around the world; not just in the bubble of our own country. It’s quite clear to see that this leak will go down in the history books as a real defining moment in the struggle between the rich leaders and the poor citizens