In the past months, the European Union made headlines nearly every day. Not a day goes by, on which newspapers do not report about the presidential hopefuls in the United States and China and Russia also make the front page frequently. But there are some states that no one cares about. No, not Burundi, where people are ignoring the rampant killings; not Eritrea, whose dictatorship only interests a few activists. 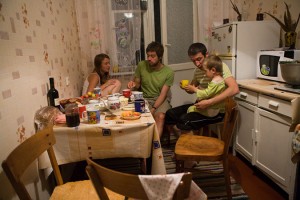 There are a handful of states that you have, in all likelihood, never even heard about. Forget about knowing their capital city or the big headlines in these countries. These states are so insignificant and unknown that only they themselves even consider themselves states: The Commonwealth of Unrecognized States.

Member states include the Republic of Abkhazia, Transnistria, South Ossetia and Nagorno-Karabakh and their capitals are called Sukhumi, Tiraspol, Tskhinvali, and Stepanakert.

Although all four of these states are not internationally recognized – two of them at least have some recognition – they are trying their hardest to behave as states should do. The founding of the commonwealth, also called the Community for Democracy and Rights of Nations, was decided by the foreign ministers of the states in 2001 and eventually established in 2006.

Each one of the states actually makes headlines from time to time, yet the unrecognized states are then normally mentioned as contested territory between two recognized states – as is the case with Nagorno-Karabakh which was recently in the news because Armenia and Azerbaijan were involved in military operations because of the area. But life in an unrecognized state is difficult on a nearly daily basis.

In Transnistria, for example, the average monthly salary is about 150 Euros. Many family members have to leave for stretches at a time to make money in cities like Moscow. There are many pitfalls to life in an unrecognized country that one would not immediately think of.

If a student, say, decides to go to university after finishing school that normally paves their way to better jobs. For students in Transnistria that is seldom the case. They do get their university degrees but – like their countries – their degrees are not recognized outside of their tiny country.

In a country whose leaders are basically not adhering to any international rules, it is also difficult to expect that international rules are enforced. So Transnistria is considered to be one of the most lawless places in Europe, as well as a playground for criminals dealing in arms or humans.

Many tourists still fear going to Transnistria. In times when we are used to having an embassy of our home country around, being in Transnistria feels like you are far from everything. Though in reality the Ukraine and Moldova are not far away, and neither are the KGB spies that watch your moves.

But for all (make-belief) intents and purposes, Transnistria has what it takes to be a state. Their country has a military, a police force, it has its own visa regulations – a month on entry – and its own currency. The country has an anthem, a flag, a constitution, basically everything a state needs. But no one seems to see that.

Even Russia, though it provides the country with more military personnel and money, does not recognise the state. While Moldova sees the Russian presence as a form of occupation, the citizens of Transnistria believe that the Cold War is still ongoing and they are in the center.

All in all, most citizens of Transnistria would like to leave the country, though many would rather not say that. But even in 2016, twenty-six years after Transnistria declared independence, there are still some that would rather see their country officially and internationally recognized than leave their little homeland.