While we’ re all focusing on the scary thought of Donald Trump winning the US Election, the insane leader of North Korea, Kim Jong-un, and the conflict in Syria, there’ s one country we’ re forgetting about altogether. Russia. And we think, it’ s the one country that world leaders should fear more than Trump, Kim Jong-un, Assad and the rebels combined. 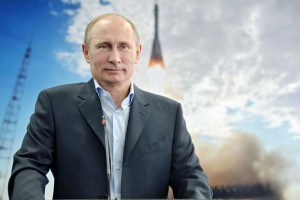 Because while all of this chaos rages around the world, Putin is sitting back in his chair and laughing. With the recent revelations that it could have been the Russian leader who leaked the Panama Papers, it seems as though Vladimir Putin is the one to watch.

Ruling With an Iron Fist

Every now and then the Russian leader makes it into the news for all the wrong reasons, yet it soon gets buried by more ISIS attacks or something ridiculous Donald Trump has blurted out. However, Putin has a history of cruelty before kindness. Before he rose to power as the Russian Prime Minister in 1999, he cut his teeth as a KGB officer and a spy. In order to get around the term limits, Putin has been both Prime Minister and President for the last 17 years, ensuring he always has control over the country. Yet never once breaking the election rules, on face value. While opposition have accused him of fraud and corruption, Putin sits back in his Iron Throne and laughs. Russia is now deemed as an authoritarian state and ranked 132nd out of 167 countries on the Democracy Index last year.

Over the last 17 years, Putin has come under fire from various human rights organisations and even the UN, for some of his less than savoury policies. One of the most recent uproars came around the Sochi Olympics, which many people wanted to boycott for Putin’ s less than friendly view of the LGBT community. There are currently no laws against people being discriminated against for their sexual orientation, and Putin himself has been known to make a few homophobic slurs. There has even been a ban on ‘ propaganda’ that promotes homosexuality, which means no literature for LGBT rights, no protests, and no public defense of gay rights…Something the majority of the world didn’t take too kindly to. This is just the tip of the iceberg when it comes to some of the struggles in Russia which, as mentioned, is deemed as an authoritarian state. There are constant cries of corruption and crimes against human rights, with many people being silenced before they even take to the picket lines.

One of the main worries about Putin is his penchant for nuclear weapons. Several times in the last year, the Russian leader has flown spy planes and bombers over the UK; something which
he has said is purely for training. It has left the Ministry of Defence in Britain feeling very uncomfortable indeed. Experts believe that this is his way of showing his strength and asserting his authority – and we agree. He’s telling the West, “I’m not scared of you.” Not even Kim Jong-un has been quite so blase about his love for nuclear weapons.

With several nuclear weapons being created and tested by the Russians, it seems as though Putin has constantly got one hand on the button. Would he push it though? The man who has shown force in both Syria and Ukraine (despite protests from the UN), has laughed at the West when they imposed sanctions on his oil trade, been kicked out of the G8, and still doesn’ t seem to give a hoot? The man who supposedly wrestles bears and spent 16 years in the fiercely tough KGB? He seems one of the most likely candidates to hit that nuclear warfare button, yes.

And so, the World Leaders need to take a long, hard look at Putin. They need to think whether there is a real threat from the man who seems to laugh in the face of danger and enjoy all of the chaos around him. He’ s an extremely clever and downright scary leader, and we shouldn’ t underestimate his power.