Remember when Facebook was the thing to have? You’d update statuses on the hour, have your friends’ names written in that box under your profile picture, make albums of all the photos from different parties and events you were at… what happened? 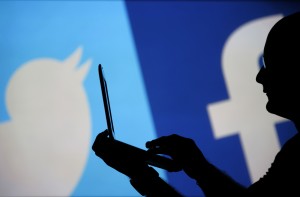 Twitter is what happened. Suddenly, you didn’t need to post hourly statuses because you could post these shiny new tweets every few seconds, sharing any and every thought that passed through your mind right as it happened. Twitter took the idea of Facebook and modified it into something that we loved even more. Millions of people flocked, in their droves, to sign up for a Twitter account. It was the next big thing and not even the character limit would slow people down.

Of course, Facebook didn’t want to be pushed out of the limelight by the brand spanking new social media platform that was Twitter, so they had to begin to up their game. They began sharing breaking news into their sidebar, allowing users to interact with each other and discuss current breaking news topics with each other instantly. Not one to be left out, Twitter introduced the ‘moments’ tab, essentially allowing users to do almost the same thing. It seemed as though the battle had begun. Who could win the title of most useful – and most used – social media platform? It was going to be a tough fight, with essentially very similar figures on both Twitter and Facebook. Someone was going to have to pull something rather spectacular out of the bag if they wanted to win…

Facebook introduced the unique algorithm that put the most popular posts from your feed at the top, rather than the most recent, giving you the option to switch this around if you wish. Now, Twitter is eagerly trying to attempt the same thing, much to Twitter users’ dismay. Instagram have also announced this new way of displaying posts, and people aren’t happy. The whole point of Twitter was that you could see the latest tweets right there and then. If you wanted to see what was trending, then you could. If not, you’d just scroll aimlessly through people’s updates… As they were happening. Twitter soon realised that with many people following hundreds (if not thousands) of accounts, vital or useful information could be missed. They decided to follow in the footsteps of Facebook by changing their algorithm, but it seems as though most people are unhappy about the situation.

Always a Step Behind

This isn’t the first time Twitter has been behind the curve when it comes to updating their social media platform. It’s only recently that sharing pictures, videos and GIFs has been made easier for fellow Tweeters. It’s like they’re stumbling around blindly in the dark, trying
to work out what on earth to do next. Almost like they’re waiting for Mark Zuckerberg to make his next big announcement, so that their team can work on something similar themselves. It seems that while Twitter might be the more current and up to date way of communicating across social media, the site is definitely one step behind Facebook in everything that they do. Twitter might be the site that many people prefer, but Facebook is here to remind Twitter that they were here first. No matter how hard Twitter tries to outdo them, everyone knows that Facebook did it first, thought of it first and, essentially, introduced people to the social media world we know so well today first.

Will Twitter always stay a step behind Facebook? With talk of getting rid of the character restrictions and adding a handful of new features, perhaps Twitter will finally get its head around ‘coming first’ instead of trailing behind