Despite commercials and stage work already being listed on Paul Marcarelli’s resume, it is surely his Verizon commercial that proved his biggest television gig. 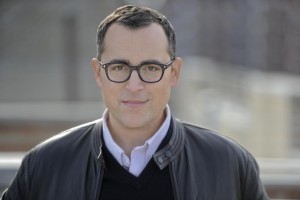 Running for nine years, the well-known ‘can you hear me now’ catchphrase was a massive hit with viewers all over the country, as well as his test man character. The 46 year old is also the writer and director of the movie Clutter.

Prev2 of 8Next
FacebookTwitter