Naval warfare can change how the future of our world looks. As countries around the globe are transforming their weapons, ships are becoming an important part of that revolution. Want to know 21 amazing ships that have altered the past, and are going to change the future? Here are the warships that have made waves!

The Royal Navy͛s biggest ship, HMS Queen Elizabeth can hold 40 planes. 250 marines can be accommodated, as well as weapons needed for an attack. 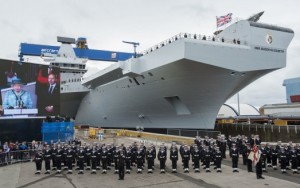 This ship has been constructed to be able to attack as fast as possible. It͛s especially great for using missiles and aircraft during an attack. 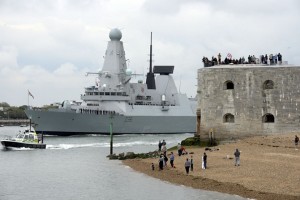 Furthermore, the Sampson radar system can trail super small targets. This ship, which is the fifth of its kind, is designed to be difficult to attack.

Hailing from the United States navy, this independent ship can travel at 40 miles per hour. Designed to attack other ships and submarines, the USS Coronado can accommodate two Seahawks, as well as a Fire Scout. 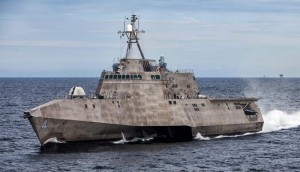 It͛s perfect for a surface or underwater attack mission.

This space age looking ship is innovative in all respects. Appearing the same size as a small fishing boat when pictured on radar, the USS Zumwalt is actually 600 feet long, weighing 14,500 tons. 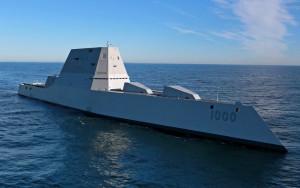 It takes its name from Admiral Elmo Zumwalt and is perfect for an underwater attack due to its vertical rockets.

The USNS Spearhead has been a United States ship since 2012. Holding over 40 crew members, and over 300 troops for surface missions, this warship can hold different equipment and is designed for combat, as well as missions without warfare. 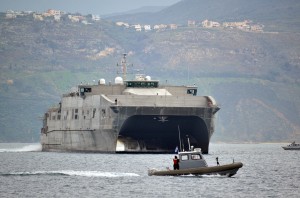 The ability to be refitted means it can alter from non-combat mode into combat at quick speed.

A supercarrier for the United States, the USS Gerald R Ford was named after the former US president. With the ability to carry over 75 planes, there is a sea missile system alongside an advanced air missile system. 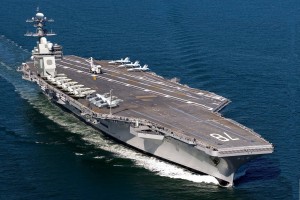 The USS Gerald R Ford is likely to be around for 50 years.

Launched in 2012, the USS America is an amphibious assault warship. Unlike others, it doesn͛t boast a well deck, instead, small ships can enter the hull via the back. 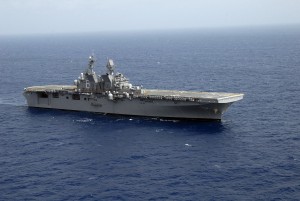 The USS America has a flight deck to accommodate Viper and Venom helicopters. Furthermore, there is a hospital on the ship, and space for airplane fuel.

Used by the US navy as an amphibious transport warship, the USS Anchorage can hold two hovercraft, two MV-22, and four helicopters. 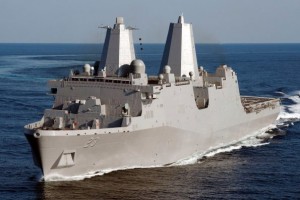 Furthermore, there are two missile launchers included as weapons. This incredible ship was used during recovery for the Orion Space Capsule in 2012.

This Russian Ship has been in use since 2013. The small vessel is ideal for anti-submarine warfare, and includes a landing pad for a KA-27 helicopter. 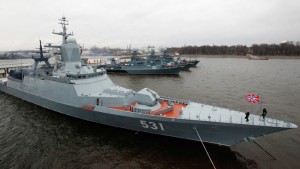 Despite boasting a weight of 2,100 tons, it͛s still much lighter than other warships. However, its weight is ideal for allowing it to get close to coastlines.

This interestingly named ship belongs to France. The Dixmude has a flight deck which can hold 35 small helicopters of 16 large ones. There is also room for a tank, 70 vehicles and 2 barges. 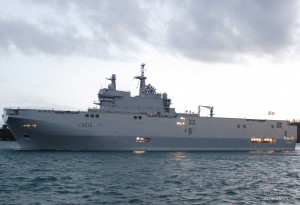 A hospital is on hand to deal with peacekeeping and NATO missions, while weapons on the ship include 2 small cannons and 4 machine guns.

This French Navy vessel is used as protection for larger warships. The Forbin can also protect small boats and air carriers from attacks by submarines. The ships radar can detect tiny objects, while the ship itself seems smaller on others radar due to its innovative design. 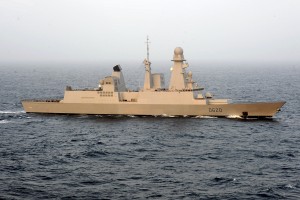 On board the Forbin are missile systems for attacks involving air, ships or under water submarines.

The CNS Kunming, a ship from the Chinese Liberation Army can hold one helicopter and a multitude of weapons, including missile launchers, 6 torpedo tubes, and machine guns for attacks by pirates or terrorists. 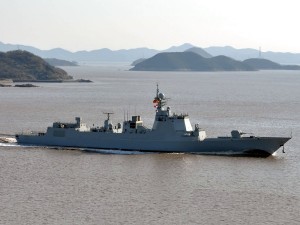 As part of 12 destroyers, the CNS Kunming can counteract air, surface or underwater attacks.

Part of the Indian Navy, the INS Makar was constructed to accumulate survey findings around coastlines. This helps to provide accurate information for the Indian Navy.

While its main task is to report back on findings, the INS Makar can be used as part of a rescue mission, as well as defending coasts in an attack.

The CNS Linyi, a ship from the Chinese Liberation Army is a part of 24 ships, designed as a warship for a range of uses. 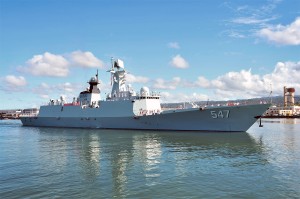 With the resources to hold 2 helicopters, other aircraft and various weapons, this vessel can be used as a missile decoy and for fighting.

The HMAS Canberra; a Royal Australian Navy warship can carry 100 vehicles or 18 helicopters. 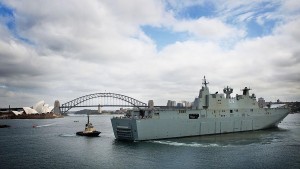 On board, there is also a missile decoy system, radar to detect missiles in the air, and weapons, including 6 machine guns.

A nuclear powered submarine, the HMS Agamemnon is a British Navy warship. This vessel is able to remain underwater in the presence of a supply of food. At least 3 months͛ worth of food supplies can be stored. 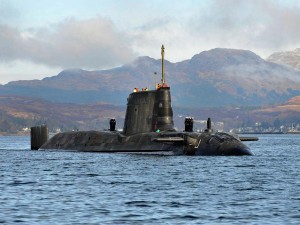 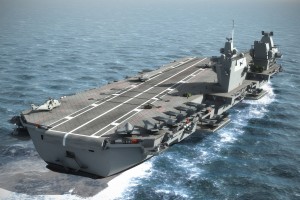 A missile launcher will be on hand in the event of an attack.

The Brazilian Navy ship, the BNS Riachuelo will be a submarine, designed to travel at 21 knots. 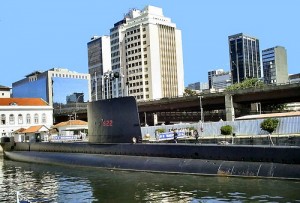 The 75 foot long submarine will be able to use power from diesel and electricity. There will also be 6 torpedo tubes for missile launch.

The Turkish Navy warship, TCG Heybeliada was launched in 2015. This vessel boasts missiles for air, surface and sea, with the space for a helicopter and refuelling for aircraft. 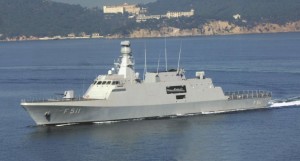 Known as the Ghost of the Seas, it’s mainly used for patrol.

The JDS Hyuga is part of the Japanese Maritime Self-Defence Force. Having been in service since 2009, this remarkable ship mainly carries helicopters.

However, it has been used as part of rescue missions, such as after the Tohoku earthquake in 2011.

The SAS Mendi, South African Navy Warship, can travel up to 30 knots and has a weight of 3700 tons. It can hold helicopters, as well as boasting radar which can detect which type of ship is in the area. 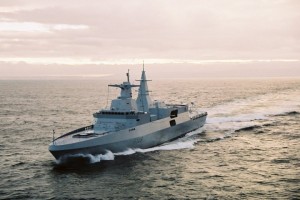 Missile launchers and machine guns are also on board.