Should we stay or should we go now (as the old song almost says)? It’s a question that is going to be raised time and time again as we edge ever closer to 23rd June and the referendum as to whether we remain in the European Union or leave it. 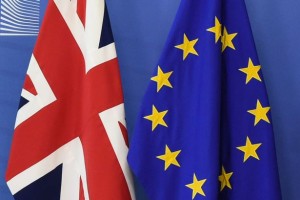 The Brexit (the British exit) would, some say, leave us in some pretty dire straits financially. Or would it? Is our sudden loss of money and trade possibilities the truth, or is it more of a scare tactic?

One school of thought says that if we leave the EU our trading ties will be cut, or at least drastically reduced. That’s because we rely fairly heavily on having an AAA credit rating, plus we’ve got the pound which always rallies. The thing is, if we left the EU, that good old GBP might not be so good anymore – who would trust it? No one in Europe, that’s for sure. It would be volatile, the markets would suffer, and all in all a Brexit would make Britain’s credit rating that little less shiny.

Alternatively, trading might continue exactly as it is doing now. It works for Switzerland. The Swiss aren’t EU members, but they negotiate their trade deals as they go along. It’s a bit like leaving a full time job to become self-employed – entirely feasible, possibly profitable, but a little bit scary nonetheless.

What about British jobs? Those who are proponents for leaving the EU say there will be more jobs around because there would be less red tape (thanks to not having to bow down to Brussels any longer). If there are more British jobs, the economy grows. More jobs mean more money which means more tax. It also means more people buying stuff, which, hang on, means more tax. The government gets their cash and we get ours. It sounds like a pretty good deal.

But wait, hang on – the Remain camp has their say too. According to this side of the story, millions of jobs would actually be lost, not made. Why? Because jobs would move away from Britain and towards the EU where trade between countries would be easier.

Speaking of jobs, aren’t we afraid that the EU migrants are going to take them all? The Brexit sorts that. Not being part of the EU anymore would mean that it would be much harder for people from other countries to move here and work here. The problem in that is that foreign workers make up a fair chunk of the economy. This is where things could get tricky.

However, with fewer taxes to pay towards the EU contributions we have to make each year (around £13 billion at the last count), wages could increase making up the shortfall.

Paying to be European

Now, that ‘contribution’ is an interesting one. £13 billion is a lot of pennies. Out of that £13 billion (with a ‘b’) the EU spent just £4.5 billion on the UK. Now imagine… what if, instead of sending all that money to the EU, we could keep the whole blooming lot to ourselves? That’s a nice chunk of change. It would help the NHS, schools, public transport, roads, benefits, pretty much everything. The UK could benefit tidily from a sum of money that big. If that happened, no one would complain too much about paying tax –we’d be able to see exactly what the money would be spent on.

Forecasts are suggesting – in some studies, but by no means all – that by 2030 the British economy will be 6% smaller. The problem with this idea is that there is no way to accurately forecast it. It could be right. It might be wrong. Who knows? It’s far enough away in the future for the Brexit to have no impact on it whatsoever. Or maybe it will. But that’s the point –no one knows, and suggesting figures like this is akin to telling a child the bogeyman will come and get them if they don’t do what they’re told… only it will wait a few years and pop up to surprise them.

We just can’t predict the future. We’ve been in the EU for almost 50 years, and leaving it will clearly mean changes will come. But what they are and the impact they might have are unclear. So is the risk worth it? It is time to try something new, to strike out and go it alone despite the naysayers and the change resistant camps?

I think it is. Why not? It’s a heads you win, tails you lose kind of situation, and we’ve got to choose something, after all.