As robotic experts descended upon California to visit the RoboBusiness exhibit, there was only one thing on their minds. What pioneering new developments would be on display? Well, as it turns out, the majority of the focus was on the caregiving robot. Amongst robots that could aid the feeding of those with disabilities and one that delivers hotel room service was a humanoid robot that fueled debates around whether a robot is a suitable replacement for a human worker. 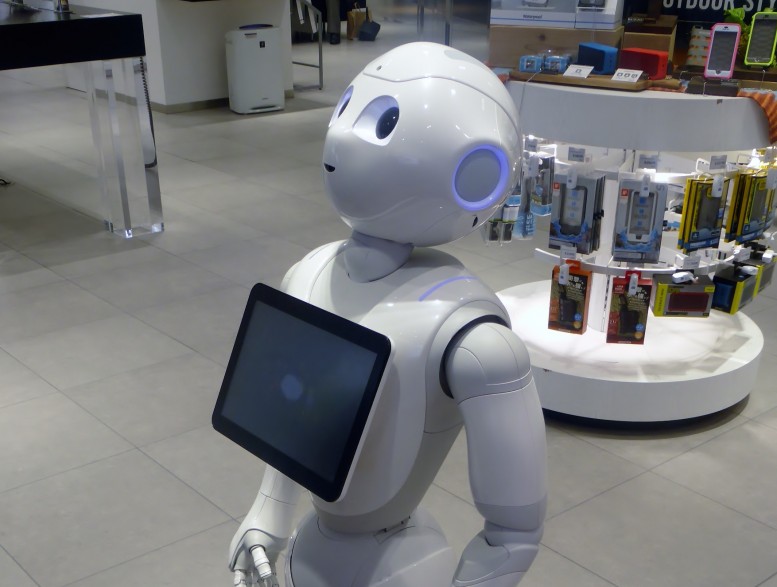 That robot was iPal, a wide-eyed humanoid robot in friendly pastel colors that is aimed at children aged between 3-8 to keep them entertained. The robot itself is 3ft tall, a similar size to its users to add to the friendly appearance. As well as his size, it is capable of moving its fingers and has a tablet fitted into its chest.

Built by Avatar Mind, a Nanjing, Shenzhen and Silicon Valley business, the robot, according to the company founder Jiping Wang can be used while children are waiting for their parents to return home from work. He believes it can look after children for hours. There is a video chat option and surveillance built into the robot for a reason, you know.

But is it ethical to have a robot look after your child while you are absent? With a tool that can dance, play games and answer simple questions is it OK to not be there? Well, child development experts don’t think so. They believe that while a robot may provide the mental stimulus a child requires to stop them being bored, there is no substitute for the emotional support that human interaction can bring a developing child.

Some in the field of robotics, like University of Sheffield professor emeritus, Noel Sharkey also agree with the argument that robots are simply not capable of this work. He has continuously raised his worries around robotic nannies for almost ten years, stating in his academic journal in 2008 ‘The Ethical Frontiers of Robotics’ that tests conducted on our close relative the monkey has shown social interaction is lessened later on in life if a maternal figure is replaced with inanimate surrogates. When he was told of the children’s robot, he believed it was ‘awful.’

One of the advisers at Avatar Mind, Madeline Duva, contradicted Wang’s message that the iPal can be operated without an adult present, something which is no doubt a surprise to the Company founder. When asked if the robot is designed to be used without supervision she said it can’t be used to replace the care of a babysitter. On being asked about the dangers of producing a robotic creation which could be utilized as a human substitute to look after a child, she admitted that she had no answer.

The robot is already being produced in China and should be hitting the shelves anytime soon. Wang is hoping that the iPal will reach the US in the new year.